The government is taking a tough stance against those promoting the legalization of Marijuana with Prime Minister Mahinda Rajapaksa telling Parliament today that legal action against the campaign is being contemplated.

being carried out through various media and legal action will be taken against the relevant parties after seeking advice from the Attorney General.

Answering to a question raised by opposition MP Buddhika Pathirana, the Prime Minister said that currently there are various efforts being done to create a positive attitude towards legalizing Cannabis.

Further, he said that although there is clear evidence which shows a drop in cigarettes sales due to society quitting smoking for health and economic factors, there are no facts reported that cannabis or other locally produced tobaccos are being used as a substitute to cigarettes.

“Based on the National Policy for Prevention and Control of Drugs and through the national initiatives by the government to control drugs, no opportunity has been given to legalizing cannabis,” Rajapaksa said.

He also said that different individuals and organisations have requested permission from the government to grow and import cannabis for medicinal purposes.

They include the Department of Ayurveda which has also requested permission to grow cannabis in order to obtain high-quality cannabis to manufacture their local medicines.

However, the Prime Minister said that a committee of specialist has been appointed according to section 8 of the National Dangerous Drug Control Board Act no 11 of 1984 to study the ability to grow cannabis in Sri Lanka and manufacture products based on them and as well as identify its harmful effects. (Colombo October 7, 2020) 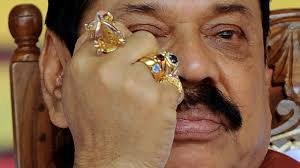