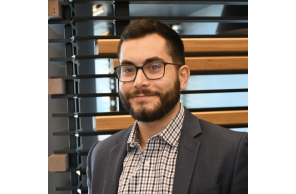 Rhode Island’s Office of Cannabis Regulation has a new chief as the state looks to license six new medical marijuana dispensaries. The Providence Journal reported Friday that Matthew Santacroce, a former policy director for Gov. Gina Raimondo, began in mid-January. The eight-member cannabis regulation office was created to reform and better regulate the state’s medical marijuana program. The state has not legalized recreational marijuana use. In December, 28 companies submitted applications in the hopes of qualifying for a lottery later this year for a license to operate one of the six new dispensaries.