The Rhode Island Senate has published the following press release

With a 29-9 vote, an amended version of S 568, championed by Sen. Josh Miller and Majority Leader Michael McCaffrey, passes in the state Senate as the legislative session approaches final days


PROVIDENCE — With little time remaining in the regular legislative session, the Rhode Island Senate has approved a bill to legalize the possession, purchase, and cultivation of cannabis for personal use for adults 21 and older. The original proposal was introduced in March and amended last week by the Rhode Island Senate Judiciary Committee.

In addition to legalizing cannabis for adults, the amended version of S 568 would establish a Cannabis Control Commission to regulate the legal cannabis market, tax adult-use cannabis sales at 20%, and establish a social equity program to support communities disproportionately impacted by cannabis criminalization.

“This is a significant milestone. After roughly a decade of public discussion and debate in Rhode Island, this is the first time a legislative chamber in the General Assembly has voted on a bill to legalize cannabis for adults,” said Jared Moffat, state campaigns manager for the Marijuana Policy Project. “Polls have long shown that a majority of Rhode Islanders support ending marijuana prohibition, and now we’re closer than ever to getting the job done. Senate leaders deserve tremendous credit for their work on this important issue. Now it is time for the House to act and ensure that a cannabis legalization bill is sent to Gov. McKee’s desk before the clock runs out in the regular legislative session.”

Two other legalization proposals have been introduced in Rhode Island this year. Gov. McKee included an article in his budget proposal to tax and regulate cannabis for adults, but it was removed in the House Finance Committee’s amendments last week. Rep. Scott Slater introduced a legalization bill at the end of May. That bill has not yet been taken up by the House Judiciary Committee.

After spearheading a successful campaign to decriminalize marijuana possession in Rhode Island in 2012, the Marijuana Policy Project has played a leading role in efforts to legalize and regulate cannabis for adults’ use in the state.

This is what MJ Biz have to say 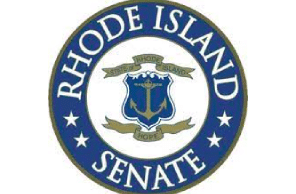