A South Dakota judge on Monday struck down a voter-approved constitutional amendment that legalized recreational marijuana after Gov. Kristi Noem’s administration challenged it.

Circuit Judge Christina Klinger ruled the measure approved by voters in November violated the state’s requirement that constitutional amendments deal with just one subject and would have created broad changes to state government.

“Amendment A is a revision as it has far-reaching effects on the basic nature of South Dakota’s governmental system,” she wrote in her ruling.

Brendan Johnson, who sponsored the amendment and represented a pro-marijuana group in court, said it was preparing an appeal to South Dakota’s Supreme Court.

Klinger was appointed as a circuit court judge by Noem in 2019.

Although 54% of South Dakotans voting in November, including a narrow majority of those in Hughes County, chose to legalize recreational marijuana, this is now on hold because a Sixth Circuit judge in Pierre has ruled Amendment A unconstitutional.

According to Thom and Miller, this was proper because of Amendment Z, which passed in 2018, “to protect our state Constitution.”

“The judge’s ruling today solidifies the protections that were sought in the previous passing of Amendment Z,” Thom stated via Monday news release. “It is an honor to defend our state constitution, and I appreciate the judge ruling in our favor today.”

“I am pleased with the court’s decision today, though I realize that the Supreme Court will likely have the opportunity to address our constitutional concerns on their merits,” Miller added.

The plaintiffs’ arguments focus on the what Klinger said was unconstitutional drafting and proposal of the issue as a constitutional amendment. First, they cite this clause in Article XXIII Sec. 1. of the South Dakota Constitution: “A proposed amendment may amend one or more articles and related subject matter in other articles as necessary to accomplish the objectives of the amendment; however, no proposed amendment may embrace more than one subject.”

Klinger was appointed to her post in February 2019 by Gov. Kristi Noem. The governor has been very clear about her opposition to Amendment A.

“I wholeheartedly believe that Amendment A is bad for our state, and we’ll be very clear about my opposition to it,” Noem said on Jan. 29. 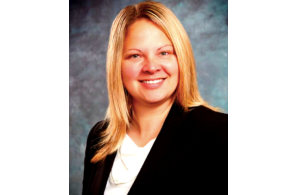