After passing the House in September with bipartisan support, the SAFE Banking Act seemed to have momentum. Senate Banking Chair Mike Crapo even stated he wanted his committee to mark up the bill before the end of this calendar year. But after committee members raised a few small issues, negotiations slowed significantly, eviscerating the bill’s previous momentum. The SAFE Banking Act’s lead sponsor, Sen. Jeff Merkley (D-OR), summarized the bill’s status by saying (subscription required), “It’s in a stall pattern. It’s a plane that has kind of lost momentum. It hasn’t crashed, [i]t’s not climbing.”

Despite the waning momentum, there is still some optimism the bill will pass at some point in some form. “It is true that I had wanted to be able to get something done by now,” Crapo said earlier this month. “There is a difficulty in getting these issues resolved. But I don’t think that means it’s not going to happen.” We will continue to provide updates on cannabis banking reform and other issues affecting the industry on our blog. 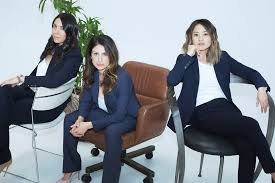 Manzuri Law – End Of Year Roundup: Defining Moments in 2019 Cannabis and What They Mean for 2020