The Tribune then argues

It’s because he’s trying to lead a compassionate movement toward making such behavior legal.
The Utah Legislature should take his advice.

So far, 23 states and the District of Columbia have voted, many of them through popular referendums, to legalize the medical use of marijuana in one form or another, for lists of maladies short and long.

The federal government’s longstanding reefer madness, categorizing the substance as being as dangerous as heroin and cocaine, has blocked the kind of real research that ought to have been carried out decades ago. So instead of doctors and professors and their expert opinions, we are too dependent on are the heartfelt, often tearful, testimonies of individual patients and their loved ones who tell us, time after time, how cannabis and its derivatives have done what no FDA-approved prescription drug has been able to do: Give them peace.

Not a drug-induced fog, but something approximating a normal life, without pain, seizures, dizziness, nausea or other woes that are either caused by disease or by mainstream medicine’s idea of how to treat that disease.

Many approved forms of medical treatments rely heavily on dangerous, highly addictive and often fatal concoctions, most commonly opioids. The fact that such drugs are researched, patented, factory produced and prescribed, often like candy, by respectable physicians does not in any way make them better, safer or more effective than cannabis.

It is also ironic — but, to those in pain, not very funny — that Utah should be behind the curve on this issue even as it is the global hub of multi-level marketing operations that sell various health and beauty aids. Substances that, through the kind intervention of Sen. Orrin Hatch, remain exempt from most federal regulations.

So far, two bills to open up some uses of some forms of cannabis have been readied for the 2016 session of the Legislature that begins later this month. The superior one, by far, is that promoted by Sen. Mark Madsen. It has lots of limits, provisoes, licensing requirements and such that would limit the inevitable abuses of a compassionate act by a few unscrupulous individuals.

But Madsen’s version would go much further than a rival plan from Rep. Brad Daw and Sen. Evan Vickers, which, according to people who live this issue every day, would only pay lip service to those in need.

Madsen’s bill should become law, so Sim Gill and his colleagues can go back to prosecuting real criminals, and sick people can get better. 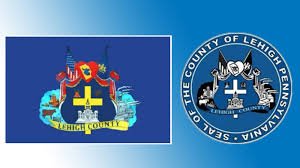 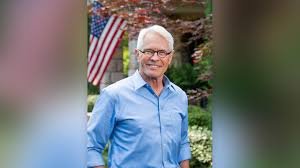 Greece: The Next European Country to Consider Legislated Medical Cannabis ?