Santa Barbara Coalition for Responsible Cannabis, Inc Sue Board of Supervisors and the owner of Busy Bee’s Organics

Taking aim at an industry it views as disruptive and out-of-control, a citizens’ coalition is suing the Board of Supervisors and the owner of Busy Bee’s Organics, a 22-acre cannabis project on Highway 246 that was unanimously approved for a zoning permit last month. Reports edhat Santa Barbara.

In a lawsuit filed on April 23 in county Superior Court, the Santa Barbara Coalition for Responsible Cannabis, Inc., a nonprofit group, alleges that Sara Rotman, the owner of Busy Bee’s, and her agents, illegally expanded a medicinal operation from a single greenhouse in early 2016 to more than seven acres in 2018 – and that the supervisors broke their own zoning rules by validating that expansion with an after-the-fact permit.

The coalition claims that the county failed to properly review the environmental impacts of cannabis on the lucrative wine-tasting business in and around Buellton, including the pungent smell of marijuana plants; and that the county broke state law by allowing cannabis operations such as Busy Bee’s to qualify for tax breaks as agricultural preserves.

“This lawsuit is a last resort,” said Debra Eagle, a coalition board member and the general manager of Alma Rosa Winery at 7250 Santa Rosa Road. “Respect and moderation is all we are asking for.”

More than 200 vintners, farmers and homeowners from Carpinteria to the Santa Ynez Valley wine country and the foothills of the San Rafael Mountains make up the coalition. It is the second major lawsuit brought by the group this year, and it is sure to widen the fissures in the community over how and whether to crack down on the booming industry.

On one hand, the Board of Supervisors majority views cannabis as a tax bonanza and strives at every turn to accommodate the growers, most of whom continue to operate here without county permits or business licenses, three years after California voters legalized marijuana for recreational use.

On the other hand, residents who say the proliferation of cannabis “grows” is ruining their quality of life are fighting on multiple fronts: they are routinely challenging cannabis permits at county hearings on policy grounds, and, as a political matter, an active faction campaigned hard but unsuccessfully last fall to oust Supervisor Das Williams, the chief architect of the county’s cannabis ordinance.

This January, joined by several homeowner groups, the coalition filed a formal complaint with the U.S. Attorney’s Office, requesting a federal investigation into cannabis operations in Carpinteria.

County Counsel Michael Ghizzoni said Tuesday that the county had not yet received a copy of the coalition’s latest lawsuit.

“We generally don’t discuss our litigation posture,” he said, adding that the county would likely file a formal response in May.

But Susan Petrovich, a Santa Barbara land-use attorney who represented Busy Bee’s during county review, said the owners were disappointed that the coalition had decided to file suit. Busy Bee’s, she said, is a “model, outdoor, sun-grown cannabis farm that is frequently held as the gold-standard by government officials.”

“More than 10 local and state agencies have reviewed and approved the project and found it to meet or exceed their rigorous requirements,” Petrovich said. “This is an end-run around the long-since expired statute of limitations to challenge the county’s cannabis laws.” 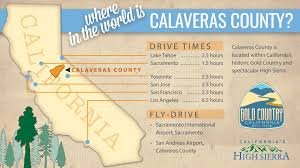 BCC, CDFA, and CDPH announce the launch of a unified licensing search platform 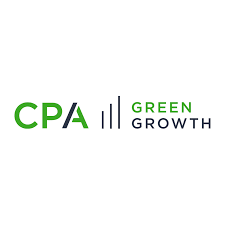