SAN JOSE — A man who prosecutors say ran an extensive network selling psychedelic and party drugs around the Santa Cruz area, including at UC Santa Cruz, was sentenced to a decade in federal prison, court records show.

In a letter to the court — among the numerous support letters submitted by family members — Hutchings said he has spent time out of jail while the charges were pending finding legitimate work. He wrote that through counseling, he has come to terms “with the physical and mental damage I have done to myself throughout the last ten years of drug abuse, and provided a support structure that, until recently, I did not imagine myself needing.”

On top of this, prosecutors said that when Hutchings was in jail, he was recorded telling his mom on the phone that selling drugs made him feel “on top of the (expletive) world.”

“Hutchings said that he regretted nothing, and if he had the chance to do it again, he would,” assistant U.S. Attorney Sarah Griswold wrote in a sentencing memo. “His mother laughed and told him not to repeat that sentiment to the judge.” 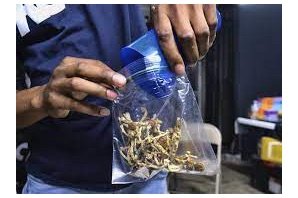