On the heels of announcing that marijuana reform will be a priority issue for the U.S. Senate in 2021, Majority Leader Chuck Schumer (D-NY) said on Tuesday that he urged attorney general nominee Merrick Garland to “respect the rights of states that have legalized marijuana” during a recent meeting.

Cannabis was one of only four specific policies Schumer mentioned in a two-paragraph statement issued following what the majority leader called “a very productive and important conversation” with Garland and President Joe Biden’s nominees for other top Department of Justice (DOJ) posts.

“We had a much-needed discussion that focused on police accountability, voting rights, federal marijuana enforcement policy, domestic terrorism and accountability for those who participated in the violent insurrection at the U.S. Capitol on January 6th,” Schumer said. “Specifically I urged that the DOJ make protecting the vote a top priority, commit all of its tools to advancing accountability and improving trust of police officers, respect the rights of states that have legalized marijuana and bring the participants in the January 6th insurrection attempt to justice.” 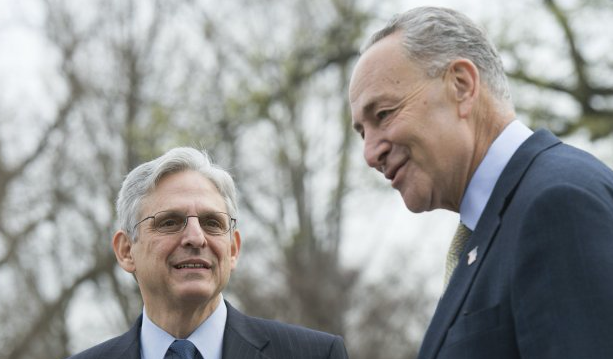