The measure is expected to:

The bill is being called the Cannabis Administration and Opportunity Act, according to Bloomberg News and other media outlets, but it’s unclear when the measure will actually be introduced and considered by lawmakers.

An industry official told MJBizDaily on Tuesday that she has been told that there will be a news conference at midday Wednesday but that “there’s some last-minute issues that are being sorted out . . . . Literally everyone I know in cannabis in DC is chasing down information today.”

The measure is likely to face a high hurdle for passage in Congress and acceptance by President Joe Biden, who supports decriminalization but has stopped far short of embracing federal legalization.

Industry experts have said previously that they would expect the bill to be heard in the Senate but that, ultimately, cannabis banking reform is still the most likely piece of reform to pass this year.

In addition to Schumer, the effort to develop a comprehensive marijuana reform package has been led by Democratic Sens. Cory Booker of New Jersey and Ron Wyden of Oregon. 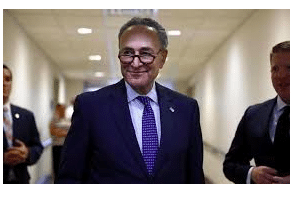