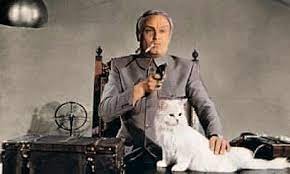 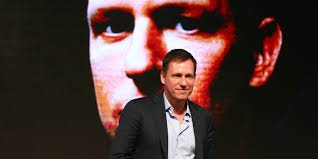 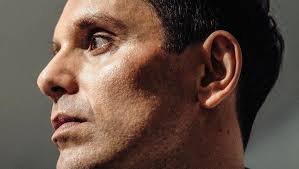 Theil first got hold of our money and a bunch of other things ( too numerous and depressing to mention) now he’s just going for our brains with the help of his trusty sidekick the Tonto of psychedelics, Christian Angermeyer.

I wish Burroughs were alive to see it. That’s William not Edgar Rice.

We love especially how the business media report it as just another ho hum development that’s part of the days endless business news cycle like a plot out of an unyet released Terry Gilliam movie.

ATAI Life Sciences, a biosciences company backed by venture capitalist and freedom-loving billionaire Peter Thiel that specialises in experimental treatment of mental disorders with psychedelic drugs, has bought out a majority stake in a company working to meld the mind with machines.

Per CNBC, the Berlin-based ATAI has purchased a controlling percentage of Psyber, one of several firms working on brain-computer interface technology that could theoretically one day allow humans to plug themselves into a smart toaster (or something more interesting, like a robot tank). This may seem a curious pairing at face value, as the first connection between psychedelics and transhumanism that may come to mind is that those on the former tend to talk a lot about the latter.

But ATAI told CNBC that Psyber’s early-stage research into electrical activity in the brain, the first step towards translating neural activity into machine language and vice versa, will also be useful in the development of psychedelic therapies. The same data that Psyber is analysing could also yield insights into how psychedelic drugs produce their subjective effects and improve their safety and efficacy, according to ATAI. The company also suggested that brain-control interfaces could one day play a role in psychedelic therapy itself.

“Combining both medicine and BCI-assisted therapy puts the patient firmly in the driving seat as it tailors to the individual’s specific needs,” David Keene, ATAI’s digital therapeutics ad, told CNBC in a statement.

Thiel’s firm, Thiel Capital, is a lead investor in ATAI and led funding rounds of $US125 ($164) million in November 2020 and $US157 ($206) million in March. The company reportedly may launch an initial public offering as soon as the next few weeks.

Thiel is a techno-libertarian who has long sought to cease simply being a rhetorical immortal vampire and become an actual one, has funded research into various biotech companies in fields like experimental therapies, life extension, and transhumanism. He’s a big proponent of humanity reaching the technological singularity, a hypothesised future where scientific progress attains an exponential, irreversible pace, resulting in things like the creation of digital superintelligences or the elimination of the distinction between humans and machines. This would presumably also allow him to live forever, so long as that brain-control interface gets made.

Pharmacological research into psychedelics is somewhat less ambitious and generally aims to demonstrate that hallucinogens like psilocybin and LSD, or empathogens like MDMA, have major potential to treat mental illness that has been overlooked or ignored amid the War on Drugs. When paired with therapy, research indicates, psilocybin-laden mushrooms and the anesthetic ketamine may prove effective at treating depression, LSD and ayahuasca may help patients kick addictions, and MDMA may treat post-traumatic stress disorder. Psychedelics may also help patients achieve emotional release in therapy, and a large study by Johns Hopkins and New York University researchers in 2016 found psilocybin-assisted therapy was hugely effective at easing death anxiety in patients with life-threatening cancers.

Beyond the overlapping areas of research, Thiel’s interest in psychedelics is apparently personal. According to Scientific American, one of his closest friends is German financier Christian Angermayer, an evangelist of the benefits of magic mushrooms who has counted Thiel among his partners for investments in a variety of psychedelic startups.

One of Psyber’s main competitors, Elon Musk-backed Neuralink, released a video on Friday showing what it said was a monkey with a surgically-implanted chip in its brain wirelessly playing Pong. Musk, who has a history of grandiose predictions and whose move-fast-and-break-things mentality could be a concerning fit with brain surgery, tweeted that the first Neuralink chip will allow people with paralysis to use phones faster than “someone using thumbs” and eventually accomplish feats like allowing paraplegics to walk again on prosthetics that function like human limbs. 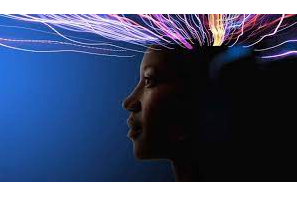