Here’s the full press release from the SEC

Washington, D.C., Jan. 21, 2020 – The Securities and Exchange Commission today announced charges against Guy S. Griffithe and Robert W. Russell, and three companies they controlled, for an alleged scheme that defrauded investors who thought they were purchasing interests in a Washington-licensed recreational cannabis company out of approximately $4.85 million.

The SEC’s complaint alleges that between August 2015 and December 2017, Griffithe, of California, used Renewable Technologies Solution, Inc., an entity he controlled, to sell investors purported ownership interests in SMRB LLC, a Washington company owned by Russell that held a license to grow marijuana under the state’s recreational cannabis laws. According to the complaint, Griffithe and Russell led investors to believe their investments in Renewable would be used to operate SMRB, but in reality the securities did not convey any legitimate stake in SMRB. Instead, Griffithe allegedly spent approximately $1.8 million of investor funds on personal and unrelated business expenses, including payments toward several luxury cars for himself and a yacht for Russell. Griffithe also allegedly deposited approximately $1.7 million into Russell’s personal bank accounts. To create the illusion that the marijuana business was profitable and paying dividends as promised, Griffithe allegedly paid out purported profit distributions to some investors, which were partially funded in a Ponzi-like fashion using funds from other investors.

Investors can learn more about Ponzi scheme red flags and potential risks of marijuana-related investments at the SEC’s Investor.gov website.

The SEC’s investigation was conducted by Adam Eisner, HelenAnne Listerman, and Shipra Wells. The investigation was supervised by Joshua Felker. Duane Thompson will conduct the litigation for the SEC under the supervision of Fred Block. 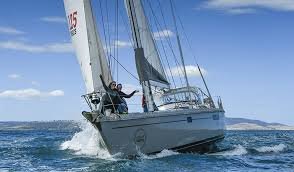