Last week, Senators Schumer (D-NY), Booker (D-NJ), and Wyden (D-OR) circulated a discussion draft of the Cannabis Administration and Opportunity Act, a legislative proposal to deschedule and legalize cannabis.  In related statements to the Senate, Senator Schumer emphasized that cannabis legislation will be prioritized during this Congress, stating “it’s time to end the federal prohibition on marijuana [a]nd as majority leader, I am going to push this issue forward and make it a priority.”

While there is much to explore in the bill’s 163 pages, here are five immediate takeaways for the cannabis industry.

Perkins Coie’s Cannabis Industry Group is digesting the Senators’ proposal, especially as it relates to the House’s recently-reintroduced and updated MORE Act. With the CEO of Leafy, Perkins Coie attorneys recently authored a call for increased clarity in federal cannabis legislation over at Law360. The Cannabis Industry Group continues to monitor further federal and state legislative developments affecting the cannabis industry. 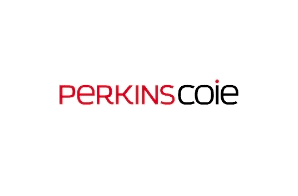