After a shift in political power in Congress and the White House, there are strong indications that the federal prohibition on cannabis in the United States will come to an end.

Many important matters, including the COVID-19 Pandemic response, are currently being debated in Congress. The impact of the election in Georgia, seating two Democratic senators, is going to have a tremendous impact on the future of cannabis regulation in our country. The January 2021 run-off election shifted control of the Senate to Democrats, giving Majority Leader Chuck Schumer (D-NY) the power to put cannabis reform legislation on the agenda.

Majority Leader Schumer historically has not been supportive of full legalization and has preferred to take small steps by backing legislation to decriminalize cannabis.

However, this year, he has already taken proactive steps to align himself with members of the Senate who support full cannabis legalization. On February 1, 2021, he released a joint statement with Senator Corey Booker (D-NJ) and Senator Ron Wyden (D-OR) stating their intention to introduce “comprehensive cannabis reform legislation.” These three senators are likely to offer a comprehensive bill that includes language from each of their previously introduced bills. Senator Booker will push for an emphasis on racial equity, expunging past cannabis arrest records, and expanding job opportunities for citizens most impacted by the failed War on Drugs. Senator Wyden will advocate for a full tax and regulation framework for cannabis built in the federal law. Their joint statement claimed,

“The War on Drugs has been a war on people—particularly people of color. Ending the federal marijuana prohibition is necessary to right the wrongs of this failed war and end decades of harm inflicted on communities of color across the country. But that alone is not enough. As states continue to legalize marijuana, we must also enact measures that will lift up people who were unfairly targeted in the War on Drugs.

“We are committed to working together to put forward and advance comprehensive cannabis reform legislation that will not only turn the page on this sad chapter in American history, but also undo the devastating consequences of these discriminatory policies. The Senate will make consideration of these reforms a priority.

“In the early part of this year, we will release a unified discussion draft on comprehensive reform to ensure restorative justice, protect public health and implement responsible taxes and regulations. Getting input from stakeholder groups will be an important part of developing this critical legislation.”

During the last Congress, the House of Representatives passed the Marijuana Opportunity Reinvestment and Expungement (MORE) Act, which would legalize cannabis and expunge past criminal records of people convicted of cannabis-related offenses. That legislation failed to obtain a vote in the Republican-controlled Senate during the last legislative session. Majority Leader Schumer’s joint statement with Senators Booker and Wyden demonstrates that with a Democratic-controlled Senate, the MORE Act will face a different fate in the Senate, and it is even more likely that the Senate is prepared to take a leadership role on cannabis reform this session.

It is not clear yet what President Joe Biden has decided to do regarding any existing cannabis reform legislation, but he did say during his presidential campaign that he would support rescheduling cannabis to make it legal. Therefore, when the Schumer/Wyden/Booker legislation passes both chambers of Congress and is on President Biden’s desk, it is likely that the President will sign it into law.

A major cannabis reform effort, the Secure and Fair Enforcement (SAFE) Banking Act, has been in the works since 2013 when Representative Ed Perlmutter (D-CO) first introduced the bill. The SAFE Banking Act does nothing to legalize cannabis at the federal level, but it would provide a legal “safe harbor” for financial institutions and insurance companies providing financial services to cannabis-related businesses. This safe harbor removes the liability facing financial institution directors and officers for providing services to state-legal cannabis businesses. This legislation has passed in the House of Representatives on a bipartisan basis several times but has never passed in the U.S. Senate. With Democrats in control of all branches of the government, and even more states permissive of cannabis this year (including Virginia), the time may be now. Senator Jeff Merkley (D-OR) will sponsor the Senate version of the bill, as he has in years past. Senator Sherrod Brown (D-OH) is the incoming chairperson of the Senate Banking Committee, which has oversight of financial services institutions. At this point, it is unclear whether Senator Brown will hold a hearing on the legislation.

Finally, there continues to be important efforts to reform section 280E of the IRS tax code, which prohibits cannabis businesses from writing off typical business expenses, including marketing, depreciation on equipment, and other expenses, including charitable donations. During the previous Congress, Rep. Earl Blumenauer released the Small Business Tax Equity Act, which allows cannabis-related businesses that are in compliance with state laws to take business-related tax deductions that are available to non-cannabis businesses. 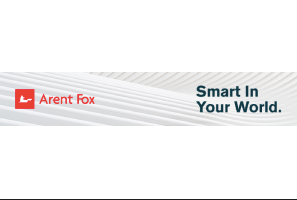