Should You Expect Leniency by Japanese Government in Cannabis Laws

As you already know, Japan is popular for its technology and innovation. The country has the third-largest economy in the world. However, when it comes to cannabis, they have one of the harshest policies. They are so strict that Japan is considered one of the worst countries for getting arrested for marijuana possession. However, if you read about the history of cannabis in the region, you will know that they used the plant for textile purposes. But like many people you may also wonder is weed legal in Japan? 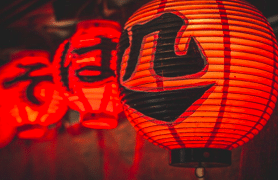 Since 1948, Japan has been following the Cannabis Control Act, which states that, if the government regulatory bodies found you in possession of cannabis, they will imprison you for five years. Also, with the involvement of importing, growing, and exporting cannabis, you will suffer for ten years in prison.

While many countries are legalizing the consumption of cannabis, Japan restricted their citizens, which led to an increase the cannabis-related arrest in 2018. Among all of these arrests, about 80% were possession charges. However, Japan does not restrict its citizens from consuming all the hemp products. In facet, Japan permits the sale and consumption of CBD. Also, many Japanese companies are producing cannabidiol products.

At the moment, Japan does not have any medical cannabis program for their patients. But, as more and more researchers are suggesting the use of marijuana for medical conditions, the restriction might be less strict in the future.

Japan permits their citizen to consume CBD products extracted from hemp seed. While in Japan, you cannot use cannabis flowers, as it is not legal. Make sure that the substance you choose is THC-free. Do you want to purchase legal-CBD products in Japan? If yes, it would be best to visit the local store or order online. These stores offer you local as well as foreign manufactured products.

Because of the strict restriction, brands selling CBD have to be more cautious about the quality of the products. They strictly follow the standards and rigorously test the products. Being the capital of Japan, Tokyo has numerous cafes and shops selling legal CBD.

New researches and studies about the clinical use of cannabis in Japan are setting the trend all over the country. Considering the development in the legalization of CBD, the future seems to be bright and interesting for cannabis enthusiasts. Keeping in mind the fact that most people arrested for the possession of cannabis are young people, it is possible to witness some leniency about future reforms.

Meanwhile, people requiring medical cannabis and legalization advocates will experience a battle against the government and law enforcement agencies. However, local media is still demonizing the consumption of marijuana, which makes it difficult for marijuana enthusiasts.

Furthermore, Japan does not have any neighboring country supporting the use of cannabis. Therefore, you have to wait longer for the cannabis law to become lenient in this country. In fact, East Asian countries also restrict their citizens to consume cannabis. Therefore, the change may take a lot longer than we hoped for. 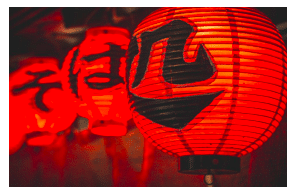