The Independent Newspaper reported this week

Sian Berry has vowed to deprioritise the policing of cannabis if elected London mayor, including an immediate end to officers using the drug as sole grounds for stop and searches.

After decades of outright prohibition, the decision to redivert police attention away from small-scale cannabis offenders was first announced in County Durham in 2015 with the aim of freeing up officers’ time and refocusing scant resources on organised crime. As evidenced by a sustained drop in recorded possession offences of the country’s most popular illicit drug, they are far from the only force to do so.

It is one of several of the Green Party candidate’s manifesto pledges shared with The Independent, aimed at diverting drug users away from the criminal justice system and creating “a real public health approach to drug use in the capital”, where drug-related deaths are at the highest level in two decades.

Ms Berry also pledged to create access to free drug safety testing, to consider expert advice on whether to open a safe consumption facility, and to provide treatment centred around medical-grade heroin (diamorphine) prescriptions for the most entrenched and at-risk users – currently offered in Glasgow and Middlesbrough.

The Green Party co-leader, who is currently third in the polls, suggested that addressing issues around the enforcement of cannabis laws “will fix the heart of a lot of the disproportionality of policing”.

“The experience of young black men on the streets of London is they are constantly suspected of drug offences when in actual fact they’re even less likely to be taking drugs than white young men. It’s just utterly disproportionate,” Ms Berry told The Independent.

City Hall figures show black people are almost four times more likely to be stopped and searched on the capital’s street than white people. Meanwhile, a poll commissioned by The Evening Standard in 2019 placed public support for legalising recreational cannabis at 63 per cent in London. 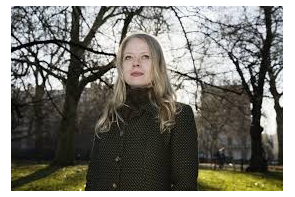