By Danielle Dwyer and Jesse Stavis

On October 6, 2022, President Biden issued a blanket pardon to all citizens and lawful permanent residents convicted of simple possession of marijuana under the federal Controlled Substances Act. Because possession of marijuana offenses predominantly fall under the jurisdictions of the states, not the federal government, the immediate impact of these pardons is limited– only about 6,500 people have been convicted for simple possession under federal law and a few thousand more have been convicted under the District of Columbia Code. However, President Biden has urged governors to follow suit, and some states have begun to explore the idea of pardoning non-violent marijuana crimes.  As such, employers need to be aware of the effects such pardons have on their criminal background processes.

By way of example, in November 2022, Oregon Governor Brown pardoned an estimated 45,000 people with convictions for simple possession of marijuana and forgave more than $14 million in unpaid fines and fees.  In a less grandiose, but nevertheless noteworthy manner, Pennsylvania Governor Wolf announced a one-time, 30-day limited program, the Pennsylvania Marijuana Pardon Project, which allowed individuals convicted of certain misdemeanor marijuana offenses to apply for accelerated clemency in September 2022.  Although the program was limited (only about 3,500 applications were received), it demonstrates a new appetite for offering people with minor marijuana convictions a fresh start.

The shift in attitudes towards low-level drug offenses should serve as an impetus to employers to review their policies on criminal record checks.  These checks are widely used in the hiring process, but they raise a number of legal concerns. Some states directly regulate the use of criminal records in the hiring process. In Pennsylvania, for example, the Criminal History Record Information Act prohibits employers from considering arrests that did not result in conviction, mandates that convictions only be considered to the extent that they bear on the position in question, and requires employers to give notice to any applicant who is rejected due to his or her criminal record. A number of states have similar laws on the book.

In addition, a growing number of states and municipalities have passed so-called “Ban the Box” laws that limit how and when an employer may inquire about criminal convictions. States with Ban the Box laws include California, Colorado, New Jersey, Illinois, and others; some of the largest cities in the country, including Baltimore, Los Angeles, and Philadelphia, have passed local ordinances. These laws generally do not prohibit employers from considering convictions, but rather aim to reduce their use as an initial screening mechanism for applicants. Thus, many of these laws only allow an employer to ask about convictions once a conditional offer of employment has been extended.

It should also be noted that many states limit an employer’s ability to make decisions or even inquire about offenses that have been sealed, expunged, or pardoned, even if they appear on a third-party background check. In fact, most states that allow for the sealing or expungement of records explicitly permit applicants to deny the existence of records even when directly asked. Accordingly, if an applicant had their marijuana conviction expunged, it would most likely be unlawful for an employer to consider the conviction in its hiring process. Even where the law allows an employer to ask about expunged records, it is generally best practice to avoid doing so.

Although there is no federal law that directly regulates the use of criminal records in the hiring process, the Equal Employment Opportunity Commission has advised that considering arrests and convictions can give run afoul Title VII of the Civil Rights Act of 1964 if the employer’s policies has either the intent or the impact of disproportionally affecting a protected class.

Regardless of their location, employers must always ensure that inquiries about past offenses are reasonably related to the job in question. For example, an employer who is hiring bank tellers may be justified in excluding applicants with recent convictions for embezzlement. However, it is less obvious that an employer who is hiring retail workers would have a legitimate reason for excluding applicants with years-old minor drug convictions, particularly those that have been expunged or pardoned.

Although legal restrictions differ substantially across states and localities, employers would be well-advised to avoid making decisions based on offenses covered by the recent marijuana pardons, or even asking applicants about such offenses. Even where the law allows for the consideration of minor drug offenses, employers should consider using this moment as an opportunity to consider whether established policies concerning such offenses are still consistent with business necessity and evolving social norms. 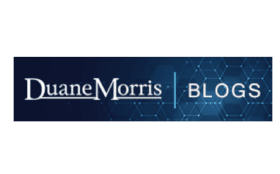