Sittin’ on Top of the World. Vermont becomes the 11th State to Regulate Sales Of Psychoactive Cannabis.

After years of hard work by advocates, lobbyists, and legislators, Vermont finally passed a bill to tax and regulate sales of adult-use cannabis.    We are proud to be the 11th state to allow and regulate cultivation and sales of recreational cannabis.

The Vermont industry will be focused on small scale craft cultivation.  The first cultivation licenses will be limited to 1000 square feet of flowering canopy.  Each person can only get one, but there will be an unlimited number of these small licenses issued.   Larger cultivation licenses will become available later, but there will be a real focus on these small scale licenses, which will be easy to obtain and relatively inexpensive.  By limiting the size of cultivation, the Vermont law hopes to deter investment by large out of state companies, disperse the wealth among the small growers, and encourage unregulated growers to come into the system.

The retail license application process will necessarily be somewhat more complicated. The law contains an opt-in provision so that any town that wants to allow retail cannabis sales have to “opt-in” on town meeting day: March 2, 2021.  Towns that miss this date will have to convene a special meeting or wait until 2022 when it might very well be too late to get in on the initial licensing window that opens and closes in September of 2022.  While there is theoretically an unlimited number of retail licenses available from the state, the actual number of retail licenses issued will be limited by appropriate places to put a retail dispensary.  After initially opting in, a town will be able to control location through zoning, and State law will prevent retail in the usual forbidden locations: within 1000 feet of a school, day-care, etc.  Vermont is a small state, and smart places to put retail cannabis dispensaries will be limited.

The smallness of Vermont is worthy of mention here: with a population of only 620,000, and with each citizen enjoying the right to grow two plants to maturity in their home, it may seem like the Vermont industry is too small to be of much interest.  This is misleading because it overlooks the fact that Vermont’s major industry is tourism.  Within a few hour’s drive from New York, Boston, and Montreal, with year-round activities from skiing to leaf-peeping, Vermont draws over 13 million tourists each year.  These 13 million tourists, with a lot of expendable cash (and a vacation attitude), will form the backbone of Vermont’s industry.  Perhaps because of this robust tourist trade, estimates for the eventual size of the Vermont industry range from $250 million to $1 billion annually.

The Vermont industry will cater to tourists and will build on Vermont’s strong reputation for high-quality, small scale, hand-crafted products.  Think of Vermont’s craft beer industry, driven by such notables as Heady Topper and Hill Farmstead: people driving up from Brooklyn to buy it by the case, limits per customer, sold-out signs.  This is the model for Vermont cannabis: carefully curated strains created in small amounts by master growers, available only at a company-owned retail outlet or that of a carefully chosen partner.  Even now, some 22 months before our regulated sales, we already see future cannabis businesses working hard to build their brands by giving away merchandise and free cannabis samples, which are legal to give away under Vermont law.

Vermont is uniquely situated in this time and place to take advantage of its geography and the proximity of New York City, which has yet to emerge from the darkness of prohibition.  Vermont’s reputation as the go-to destination for skiing, for summering, weddings, or leafing makes it a cannabis tourism natural. Every wedding, ski trip, or a tour of the changing leaves would be better with some fine Vermont cannabis.  Vermont’s heritage of growing the best psychoactive strains is undisputed.  The words “Vermont Made” symbolize high quality, care for the environment, and love.  Vermont is poised to become the Queen of the New England cannabis industry.

Andrew Subin has practiced criminal defense, with an emphasis on cannabis defense, for over 25 years. Throughout his career, he has been a vocal advocate for cannabis law reform. In the early nineties, Mr. Subin was the first attorney in Washington State to employ medical necessity as a defense to charge of growing marijuana, representing a woman who was growing on behalf of a patient with severe glaucoma.  Mr. Subin has published on the subject of civil asset forfeiture and its constitutional ramifications and argued (unsuccessfully) to the Washington Supreme Court that asset forfeiture in conjunction with criminal prosecution violates the constitutional prohibition of double jeopardy. In 2018, Mr. Subin relocated from Bellingham, Washington, to Burlington, Vermont, and joined Vermont Cannabis Solutions, the first cannabis business law firm in the state. Mr. Subin is currently working with individuals and businesses as they prepare for the imminent emergence of the regulated recreational cannabis market in Vermont 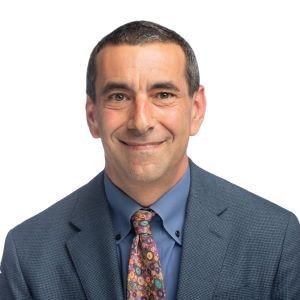