STA, 6 October 2020 – Hemp growers and supporters have called on the Slovenian government to regulate hemp growing in the country so that farmers producing industrial hemp could be internationally competitive and the industry may grow. They have also called for the commitments for legalisation of medical marijuana to be met.

The call was issued at Tuesday’s press conference by the interest association Cannagiz, the Konopko cooperative of hemp growers and the Ljubljana-based International Institute for Cannabinoids (INCANNA).

Presenting the letter sent to the government and parliament, Cannagiz president Rok Terkaj noted that the national authorities have not even gotten the UN Single Convention on Narcotic Drugs from 1961 translated into Slovenian.

As a consequence, the legislation on hemp in Slovenia is one of the most obsolete in the EU, and the growing and processing of hemp is consequently uncompetitive.

Industrial hemp grower Bogdan Mak noted that the size of agricultural land covered with industrial hemp was dropping drastically. Five years ago, it was 500 hectares and now it is less than 200 hectares this year.

He called for regulations to be changed so that multiple sowing of hemp is possible in one year and that growing in greenhouses is allowed, which would increase the volume of produce in a small area and make Slovenian growers competitive in Europe. 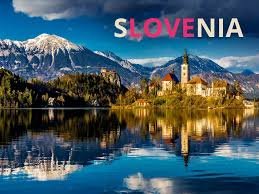