Slowly Slowly In SOCAL – National City Gets On The Cannabis Bandwagon

The National City Council on Tuesday will decide whether to adopt an ordinance that lays out the framework for the operation and regulation of medical and adult-use cannabis businesses. If approved, retail sales, cultivation, distribution, manufacturing and transportation of cannabis and cannabis products will be permitted.

The proposed ordinance would greenlight commercial cannabis uses in the industrial zones and in tourist commercial areas west of Interstate 5, a design to keep marijuana establishments away from schools, daycares and residentially zoned parcels, according to the city agenda report. Consumption would only be allowed at lounges, where people 21 and over could purchase and smoke, eat or drink cannabis.

During the planning stages in February 2020, council members voted to increase the cap on business licenses from three to six. The final number on how many will be permitted to operate within city limits will be decided if the ordinance is adopted, according to the agenda report.

If the council approves the ordinance, National City would become the third South County city to allow cannabis. Chula Vista and Imperial Beach adopted their ordinances in 2018 permitting operations that engage in both medicinal and adult-use marijuana activity. Encinitas, La Mesa and San Diego also allow both. 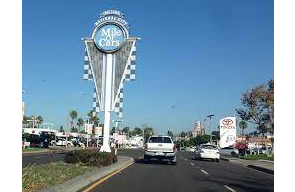