Insurers are starting to offer policies providing reimbursement for weather-related damages to hemp crops, addressing a significant concern among growers.

According to a November survey by Hemp Benchmarks, hemp farmers faced various weather-related risks to their crops. For instance, growers in the West dealt with high temperatures, drought, and fires, while those in Colorado, Montana, and North Dakota suffered losses due to early snow or freezes.

Private insurers are starting to offer “weather contracts” to cover the weather-related loss. These policies include a new kind of coverage, known as parametric policies, where reimbursement is based on weather data instead of loss claims.

Adam Koh, Hemp Benchmarks’ editorial director, told Hemp Grower that these contracts are “essentially placing a bet on the weather.” “If the conditions in the coverage occur during the specified time frame of the contract, you get paid out,” he added. Koh said that a grower would likely work with an insurer to design a contract that covers what they feel would be the crop’s value, rather than relying on an adjuster to determine that during a claims process.

The policy currently provides coverage for crops damaged by heat or water damage, including flooding. Arbol plans to expand coverage in 2021 to include damages incurred due to cold temperatures, such as an early freeze, and potentially have coverage for hail-related damage to crops. 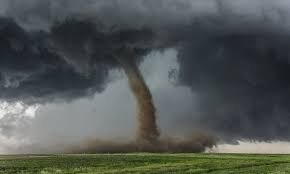