The measure passed with a landslide vote of 9-0.

The victory conveys a “clear, powerful message across our state that the War on Drugs has failed and that entheogenic plants have medicinal and spiritual value,” says James Davis, a lead organizer for both organizations. Not only does the legislation normalize the issue, making it easier to do outreach with lawmakers and other nonprofits, he says, but will also provide relief to those currently using psilocybin and the like within Somerville, who no longer will need to worry that they could face arrest for using these plants and fungi.

“In terms of the nuts and bolts of the policy the resolution asks the city’s legal department to work with community activists to finalize the resolution as an ordinance, urges police to deprioritize enforcement of use and possession charges, and requests that the local district attorney do the same,” Davis explains. “In the months to come, we are confident several other communities will also decriminalize entheogens or all controlled substances with our help, and we are filing a state bill this month that will create a legislative task force to study statewide decriminalization.”

Read their full report at  https://doubleblindmag.com/somerville-massachusetts-decriminalize-nature/ 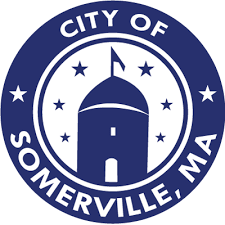