“We are pleased to have our employees join UFCW Local 5 and fully support their decision,” said Darius Anderson, CEO of Kenwood Investments, LLC and Sonoma Lab Works, the highly regarded, licensed testing lab which operates a state-of-the-art, 8,000 square foot laboratory offering testing services to clients throughout California.  “While many cannabis dispensary employees have unionized throughout California, Sonoma Lab Works is the first testing laboratory to unionize,” said Darius Anderson. The lab’s employees are a mix of highly educated scientists, engineers, assistants, and office staff.

Darius Anderson stated further that, “One of my goals when I led Kenwood Investments’ acquisition of Sonoma Lab Works in 2019 was to professionalize the cannabis testing business in order to protect consumers, employees and our clients.  As the cannabis industry expands in California and nationally it is important that employees have union representation to meet these goals so that employees can benefit from the industry’s growth,” Darius Anderson said.

Jim Araby, Director of Strategic Campaigns for UFCW, Local 5 said, “We are extremely happy to have worked closely with Sonoma Lab Works’ employees and management on this first union contract for a cannabis laboratory.  We would like to thank Darius Anderson, CEO of Sonoma Lab Works, for his leadership in making this historic contract happen.”

The UFCW now represents more than 2,000 cannabis workers in California, primarily in the retail dispensary space, and the unanimous vote by Sonoma Lab Works’ employees makes it the first licensed laboratory in the State to have union representation. 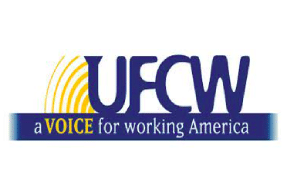