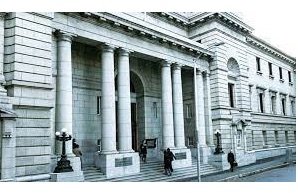 Prosecutors in The Haze Club (THC) court case appear to have backed off until there is clarity from the High Court on the legality of private cannabis clubs (PCC’s). The stay for criminal prosecution will be heard in the Cape High Court on Monday 19 April but the state has informed THC’s lawyer, Andrew MacPherson of Ward Brink, that they will not oppose “the section of relief sought”.

The state is expected to file answering affidavits before the end of the weekend.

MacPherson told Cannabiz Africa he was quietly optimistic that the 19 April hearing would be procedural and that the main hearing has been set for 14 June 2021. That is when the state will be challenged for legal clarity on the parameters of PCC’s.

At the heart of the case is the legality of South African private cannabis clubs which have sprung up in profusion since the Constitutional Court ruling on 18 September 2018 that private cannabis consumption was within the framework of the law. It gave parliament two years to pass appropriate legislation to give weight to its ruling. Parliament missed the deadline but is to consider the Cannabis for Private Purposes Bill during this year’s legislative calendar. The Bill has been roundly criticized by all sectors of the cannabis industry and is likely to appear in a different form from that originally envisaged.

In the meantime the police have been continuing their raids on what lawyer’s insist are completely legal PCC’s and have been accused of persecuting cannabis consumers relentlessly despite impending regulated legalization.  There’s also been mounting criticism of government to speed up cannabis regulation, in terms of its own draft National Cannabis Master Plan which makes no real provision for a local adult-use market.

The outcome of the THC case will have far-reaching consequences on the future market for recreational cannabis.  In the absence of a legal local market with regulated cannabis stores, private cannabis clubs will be the main channel to market.  It was pointed out at the Cheeba Cannabis Summit on 30 March 2021 that the definition of who could operate a private cannabis club was so wide that it could include either a local stokvel or a multinational like Canopy Growth. PCC’s can be either for profit or non-profit and do not have to be geographically restricted.