The Rapid City Jnl  reports.….The Pennington County Sheriff and Superintendent of the Highway Patrol have asked a judge to void the recreational marijuana amendment that was approved by 54% of voters statewide and 59% in Pennington County.

The complaint says Amendment A violates the South Dakota Constitution by addressing multiple topics and because it should be considered a revision, not an amendment. It was filed Friday in Hughes County.

Sheriff Kevin Thom and Superintendent Rick Miller are making this challenge as private individuals and in their roles as sheriff and superintendent, the complaint says.

“I’ve dedicated my life to defending and upholding the rule of law. The South Dakota Constitution is the foundation for our government and any attempt to modify it should not be taken lightly,” Thom said in a Friday afternoon news release from the Pennington County Sheriff’s Office. “I respect the voice of the voters in South Dakota, however in this case I believe the process was flawed and done improperly, due to no fault of the voters.”

The group behind the amendment said it’s constitutional and that Thom and Miller are undermining voters.

“We are prepared to defend Amendment A against this lawsuit. Our opponents should accept defeat instead of trying to overturn the will of the people,” Drey Samuelson, political director for South Dakotans for Better Marijuana Laws, said in an email. “Amendment A was carefully drafted, fully vetted, and approved by a strong majority of South Dakota voters this year.”

Brendan Johnson, the lawyer and former U.S. Attorney who filed the amendment, said he can’t comment because he’s on a long drive and hadn’t read the complaint.

The state of South Dakota is paying for part of the lawsuit.

“The governor approved this because she took an oath to support and defend the constitution. This is part of her duty as governor,” spokesman Ian Fury said.

“In South Dakota we respect our Constitution,” Noem said. “I look forward to the court addressing the serious constitutional concerns laid out in this lawsuit.”

Fury did not respond when questioned about whether Noem asked Miller and Thom to file the lawsuit. 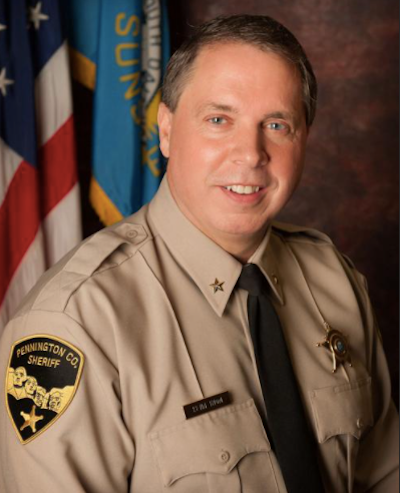