“In the field, we need to be able to quantify that level,” he said. “If they’re under the influence to a certain threshold, will we still have the ability to take action.”

Weir said he’s also not a proponent of medical marijuana.

“I’m not a doctor so I don’t have the ability to address medical treatment for things like seizures in children,” he said. “But I’m skeptical that there’s no other legitimately produced medication that wouldn’t serve the same end.”

Legalizing recreational marijuana use is also a concern for David Owen, president of the South Dakota Chamber of Commerce. Owen was the chairman of the “No Way on Amendement A” campaign and said he too was disappointed at last week’s voting results.

Read the full article at    https://www.argusleader.com/story/news/brandon/2020/11/08/law-enforcement-chamber-officials-express-concern-after-marijuana-vote/6170253002/ 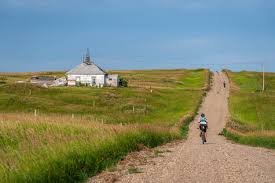