South Dakota: State Court Will Not Decide Fate Of Recreational Marijuana Prior To Implementation Date

A law legalizing recreational marijuana will remain in limbo on its scheduled effective date July first.

That’s according to the state Supreme Court administrator.

At issue is whether voter-approved Amendment A violates the state constitution. Governor Kristi Noem and Pennington County Sheriff Kevin Thom filed the lawsuit, and the Supreme Court has it under consideration

Pennington County State’s Attorney Mark Vargo says his office is getting ready for that.

“We understand that IM 26 is taking effect on July 1st,” Vargo says. “So, we’re working with that as our benchmark. The collateral effects of Amendment A—we’ll deal with those when they come around.”

The Republican chair of an adult-use marijuana subcommittee says if the Supreme Court strikes down Amendment A, the committee will write a proposal to legalize pot next year. 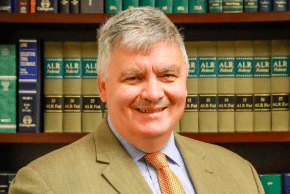