PIERRE, S.D. — Question marks still surround South Dakota’s implementation of a voter-initiated medical marijuana law fewer than 10 days before it is legal in the state, including to what extent the state will regulate or interact with grow farms or dispensaries on tribal lands.

Among concerns for state officials aired at a previous meeting of a state legislative committee is how marijuana grown or sold on tribal lands could be transported and sold to off-reservation sites. There’s also question marks from tribes on how a separate medical — and even recreational — marijuana program authorized by any of the nine tribal governments might interact with the state’s industry.

Finally, there remains memory of fractured relations on pot and hemp between South Dakota and sovereign tribal governments, including in 2015 when the Flandreau Santee Sioux Tribe burned their pot crop out of fear federal law enforcement would authorize a raid against it.

On Monday, June 21, a representative for the Crow Creek Sioux Tribe in central South Dakota told a legislative summer-study subcommittee helping officials scramble to stand up a fledgling, legal marijuana industry that he could envision a compact similar to the agreements worked out between tribes and states on gaming to help resolve a range of these questions.

“Right now, there is some discussion on the need for a compact in this realm,” said Ross Garelik Bell, a lobbyist for Crow Creek.

While Bell stopped short of fully endorsing a compact, he noted agreements have been established in the past between state and tribal authorities to set up economic activities that are in conflict with state law — namely tribal casinos.

“Gaming is a different situation, though,” added Garelik Bell, “As this (medical marijuana) is something the state is already engaged in.”

Two marijuana commissioners for the Oglala Sioux Tribe — elected in December — also spoke Monday, notifying the commission that the tribal government on Pine Ridge Indian Reservation plans to implement both medical and recreational marijuana, which was approved by voters in March 2020.

“We’re still in the set-up mode for the entire industry,” said Janelle Rooks, noting the commission was reviewing medical certifiers, setting up cards and working on public safety measures to prohibit driving-under-the-influence.

Rooks said the Oglala tribe would issue its own cards to eligible members on the reservation — at least initially limited to purchase of marijuana grown and retained within the tribal government’s boundaries.

While South Dakota voters in 2020 also legalized recreational marijuana, the state’s government — authorized by Gov. Kristi Noem — has so far successfully blocked the constitutional amendment’s legality in court. In February, a county circuit judge overturned so-called Amendment A, with oral arguments on the matter held in April.

Summer study co-chair Sen. Brian Breitling, R-Miller, asked Bell whether he could foresee complications over “transportation issues” along state-tribal boundaries or roads, presumably if growers or cardholders possess tribal, but not state-issued cards.

“If a tribe is transporting from one side of the tribe to another and crossing state land, it’s not considered to be a trafficking or interstate commerce issue,” said Bell.

While cannabis remains illegal under federal law, a spokeswoman for President Biden said he supports a state’s right to legalize the federally-scheduled drug.

The primacy of federal jurisdiction in Indian Country still smarts in marijuana fights on South Dakota reservations. In 2015, the Flandreau tribe destroyed its marijuana crop — which it’d hoped to sell at a lounge — after threats from federal and state law enforcement. 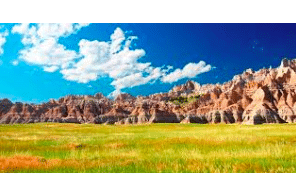