As South Dakota anticipates a state Supreme Court decision on whether recreational marijuana will become legal in July, state lawmakers and city governments are moving forward with their own pot plans.

Officials across the state have warmed to the idea of legalization since voters passed a constitutional amendment in November legalizing marijuana for adults. Some cities want to own and operate recreational marijuana dispensaries, a lobbyist for municipalities told a committee of state lawmakers studying adult-use recreational marijuana on Tuesday. And even if the Supreme Court keeps the drug from being legalized, state lawmakers are planning to craft a legalization bill ahead of next year’s legislative session.

As it stands, the voter-passed law will not take effect on July 1 because a state circuit court judge struck it down in February, reasoning that it violated a requirement that constitutional amendments deal with just one subject and would have created broad changes to state government. An appeal to that ruling from marijuana legalization advocates is currently being weighed by the state Supreme Court.
State lawmakers have been in a holding pattern as the legal battle has played out. Republican Rep. Hugh Bartels said he anticipates the Supreme Court will issue its ruling on Thursday, meaning that if the high court sides with pot legalization, the state would have just days to prepare for the law to take effect.

Bartels, who is the chair of the Legislature’s Adult-Use Marijuana Study Subcommittee, said the Supreme Court’s ruling will largely determine the job of the committee. If marijuana gets the go-ahead from justices, lawmakers will focus on cleaning up state law to accommodate pot and study its implications on issues such as property taxes and driving laws. If pot legalization is struck down, Bartels said the committee would focus on writing a proposal to legalize pot next year.

He said the bill would be a “good, center of the road” proposal that would look to avoid some of the pitfalls the constitutional amendment suffered, though he acknowledged the bill would not be a sure bet in the Republican-dominated Legislature. 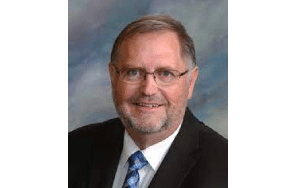