This new Spanish ruling on CBD gives an idea of ​​the direction that the following court decisions could take on these types of apprehensions in Spanish and European specialty stores.

As in France, many Spanish stores sell cannabis flowers with a low THC content.

A recent court ruling , reported by ElDiaro , from the Valencian Community calls into question the opinion of the anti-drug prosecution and the Spanish Medicines Agency.

The special anti-drug prosecution, in a reminder on this issue, was based on the 1961 United Nations Single Convention, which considers the Cannabis flower, regardless of the amount of THC it contains, as a narcotic. Only crops authorized by the Spanish Agency for Medicines and Health Products (AEMPS) and the resulting flowers would thus be authorized for free sale in Spain.

A decision on the sale of CBD flowers

The owner of a store specializing in the sale of CBD products was facing a sentence of up to four years in prison after seizing CBD flowers that he was offering for sale in his store. In the summer of 2018, the Civil Guard inspected its sales premises and seized CBD products including CBD flowers and hashish.

The accused said all CBD products and flowers had their respective purchase invoices from the companies and none of them exceeded the legal THC limit, which he therefore considered legal. The Valencian law firm responsible for defending the accused has demonstrated, with supporting invoices, that the acquisition of the products on display was legal. 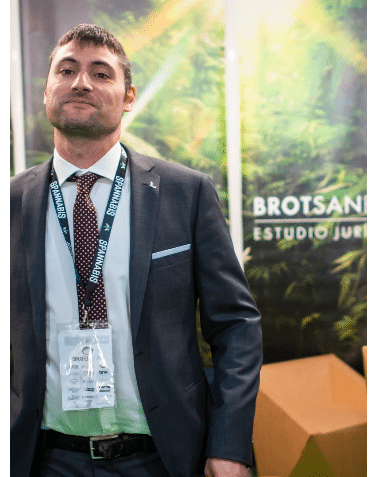 To justify its final decision, the Court of Justice says it has followed the Kanavape judgment issued by the Court of Justice of the European Union last November and opposes the ban on trade in products legally manufactured by a Member State of the European Union “when they are extracted from the Cannabis Sativa plant in its entirety and not just from its fibers and seeds”.

This new Spanish ruling on CBD gives an idea of ​​the direction that the following court decisions could take on these types of apprehensions in Spanish and European specialty stores.

Groundbreaking judgment on cannabis CBD: a judge contradicts the anti-drug prosecution and acquits a defendant to whom he returns his buds

The defense of the accused, exercised by the lawyer Joan Bertomeu of the Valencian office Brotsanbert, provided the invoices for the purchase of the CBD. Thus, the judge emphasizes that the recent ruling of November 19, 2020 of the Court of Justice of the European Union, which opposes the existence of national regulations that prohibits the marketing of CBD legally produced in another Member State, cannot be ignored “when it is extracted from the cannabis sativa plant in its entirety and not only from its fibers and seeds “.

Regarding the hundred bags of hashish and marijuana that the man had in his office, the owner of the store declared in the case, instructed by the Court of First Instance and Instruction number 3 of Sagunto, that he is a habitual consumer (specifically of “some 10 or 15 joints a day “) and that it was intended for his personal consumption.

The head of the Criminal Court number 8 of Valencia considers that “the condition of cannabis consumer has been accredited” with the analysis of the hair samples analyzed by the National Institute of Toxicology and Forensic Sciences. “The Public Prosecutor”, affirms the judge in the sentence to which elDiario.es has had access, “founds its petition for a conviction against the accused for the peculiar way of presenting cannabis in various plastic bags”. The man, without a criminal record, claimed that he classified his herb according to the genetics of the bud (“some are more earthy, fruity, others make you laugh,” he explained to the judge).

“Even though that identification on the plastic bags of the weight and type of each cannabis may seem certainly suspicious, this judge has not reached the absolute certainty that the intervened drug was intended for sale to third parties because there is not a single data that could allow such a judgment of inference without any kind of doubt “, reads the sentence, which is firm.

The amount of weed intervened does not exceed the thresholds established by the Supreme Court for self-consumption (50, 100 or 130 grams, depending on each sentence). In addition, “the agents did not report any strange transfer” or “any scale or excessive sums of money”. “There is no objective data that points to the retail sale of drugs in that same place, not involving a considerable amount but quite the opposite,” adds the judge.

The sentence acquits the owner of the store and orders to return the intervened bags of CBD of Mango Krush, Sour Diesel, Amensia Haze, Blue Berry and Critical Mass.

The lawyer Joan Bertomeu, from the Brotsanbert law firm, remarks that it is the first sentence in Spain that refers to the decision of the Court of Justice of the European Union that endorses the CBD. “This ruling is very important because, contrary to what the Anti-Drug Prosecutor’s Office and the Medicines Agency hold, it is evident that the hemp flower, with a low THC content and prevalence of CBD, cannot be considered narcotic because it does not produce an effect and, therefore, it cannot be considered criminally taxable “, affirms the Valencian lawyer.

“The laboratory itself says that they are not controlled, contrary to what the Medicines Agency maintains in the case itself, since the investigating judge asked for a report that says that the extracts and resin that are seized are controlled. A position that the judge rejects because he argues that it does not make sense, and less when the Court of Justice of the European Union has established that the CBD trade cannot be restricted because it has no health or psychoactive effects “, adds Bertomeu, who denounces that both the Public Prosecutor, the Medicines Agency and the Ministry of Agriculture “are using a preventive crackdown on industrial hemp and CBD production that really has no basis in protecting health.” 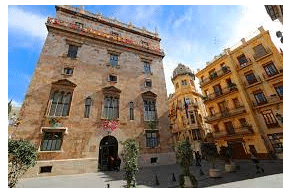