The state of New Mexico on Wednesday turned down a request from multiple medical cannabis producers for an immediate increase in plant counts to avert what they predicted would be a shortage in supply after a new law legalizing use of recreational marijuana goes into effect June 29.

Last month, some of New Mexico’s leading producers wrote a letter to the state asserting the new law nullifies purchase limits on medical cannabis patients, who now are restricted from buying more than 230 grams, or about 8 ounces, of cannabis or cannabis products over a rolling 90-day period.

The producers said they needed to increase production right away because they anticipated medical cannabis patients would buy a lot more product under the higher purchase caps set by the new Cannabis Regulation Act, particularly since the law exempts medical cannabis from excise and gross receipts taxes, making it cheaper for patients.

But the purchase limits on medical cannabis patients will remain unchanged, at least until commercial sales begin, Health Secretary Dr. Tracie Collins and Regulation and Licensing Superintendent Linda Trujillo wrote in a joint letter in response to the producers’ request from last month.

Furthermore, they wrote, medical cannabis patients will only be exempt from excise and gross receipts taxes on purchase limits set by the Medical Cannabis Program. Any product they purchase that exceeds the existing medical cannabis cap will be subject to taxation, they wrote.

“To the extent that a qualified patient’s purchases exceed the rolling 90-day adequate supply limit, those additional, ‘commercial cannabis’ purchases will not be deemed exempt from the cannabis excise tax or gross receipts tax,” the letter states.

“For the reasons stated,” Collins and Trujillo wrote in the letter, “the agencies disagree with your assertion that there will be shortages of medical cannabis beginning June 29th that necessitate an immediate increase of plant limits for producers.”

But, they added, the state soon will begin revising existing producer plant limits “in anticipation of the impending authorization of commercial cannabis activity by the Cannabis Control Division.”

“Ultra Health and the producers who may take on this challenge are not the ones who are to be most harmed by the communication from RLD and DOH,” he said. “Those to be most harmed are clearly the 112,000 [medical cannabis] patients [in New Mexico]. This is really about patients. But we can’t collectively believe that any individual patient can stand on their own and fund the effort that is required, so it does take, you know, the interests of people like Ultra Health to stand behind and provide the resources so these patients can be properly heard.” 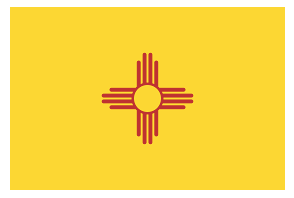