The U.S. Census Bureau has announced that it plans to begin collecting data on marijuana tax revenue generated by state governments around the country.

The federal agency tracks state tax data as part of quarterly reports it issues to provide benchmark financial indicators and inform economic research. Moving forward, it intends for those documents to include cannabis tax data, it said in a notice set to be published in the Federal Register on Friday.

“Tax collection data are used to measure economic activity for the Nation as a whole, as well as for comparison among the various states,” it said. “We plan to add the collection of cannabis and sports betting sales taxes.”

The Bureau said the new additions will “modernize the survey’s content to maintain the relevancy and sustainability of these data.”

“The information contained in this survey is the most current information available on a nationwide basis for state and local government tax collections,” it said. “The Census Bureau needs state and local tax data to publish benchmark statistics on taxes, to provide data to the Bureau of Economic Analysis for Gross Domestic Product (GDP) calculations and other economic indicators, and to provide data for economic research and comparative studies of governmental finances.”

There are three data collection forms that the Bureau uses to generate its quarterly reports, but it is only planning to make this policy revision to one related to state tax collections that is know as Form F-72. Here’s an example of an earlier version of what that form looks like and how it asks state government officials to break down their revenues into various categories, including alcohol, tobacco, utility, sales and property taxes, among others:

The Bureau will “email letters to each of the 50 state governments and the District of Columbia quarterly requesting their online data submissions or continued coordinated submission through the state government revenue office.” 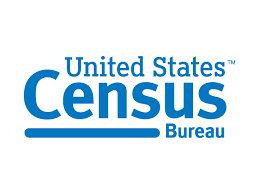