Submitted Post: Veterans Fight Against the Law for Medical Marijuana 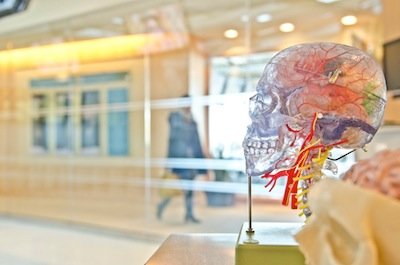 A recent study by the Department of Veterans Affairs showed that 20.6 American military men and women take their own life every day. Although there have been major advances in military medicine, these suicidal thoughts are triggered by invisible wounds such as post traumatic stress disorder (PTSD) and traumatic brain injury (TBI). According to many veterans, the symptoms and pain management stemming from these injuries causes long-term depression, anxiety, and loss of cognitive function. In response to these symptoms, veterans have found a smoking gun in the war against suicide – marijuana. Medicinal marijuana is effective in promoting recovery of traumatic brain injury and preventing related depressive and suicidal impacts, but current laws are pushing against the men and women who fought to protect the nation.

Research conducted by Professor Yosef Sarne at Tel Aviv University revealed a positive relationship between cannabis and traumatic brain injury. Cannabis has neuroprotective and anti-inflammatory effects that can promote healthy brain chemistry and reduce brain swelling and neurological impairments associated with brain injuries. It can also alleviate some of the daily symptoms developed after the injury. According to a study conducted in Canada, medical marijuana improves symptoms of depression, anxiety, and PTSD. This can ultimately help with emotional lability and enhance mood to help patients work through daily functions of life. Cannabis has also been found to increase appetite, which can help patients eat if their TBI caused a loss of appetite. It can also generate a sleep effect to alleviate the symptoms of insomnia.

The Law Working Against the Nation’s Heroes

This year, Oklahoma became the 30th state to ratify medical marijuana and Vermont became the ninth state to allow personal use. According to these accounts, the United States seems to be entering the legal abolition of prohibition. However, these laws make no difference for the armed forces. Even if every state in the nation legalized marijuana, military members abide by different laws and therefore wouldn’t be able to use the alternative treatment for TBI. This is because cannabis is currently listed under the stigma of Schedule 1, a Controlled Substances Act as a drug with no medicinal merit. Therefore, any active-duty military member that utilizes the benefits of marijuana would break federal law and the Uniform Code of Military Justice, resulting in forfeiture of cash signing bonuses and G.I. bill and pensions.

The Heroes of the Nation are Fighting Back

Veterans have identified marijuana as their secret weapon in the war against suicide and they’re not giving it up. They’re using the scientific research to lobby the national conscience for access to medical marijuana. On Memorial Day, veterans marched to the White House with a 100-foot long memorial wall of military suicide portraits. They’re marching to change the system and overturn laws established by the Federal Bureau of Narcotics.

With all the scientific evidence pointing towards the medical benefits of marijuana, veterans now have the ammo to fight against the law. They’re working hard to make sure the laws protect them and their years of dedication to the nation.