Survey In Germany Says Majority Against Adult Use Cannabis Regulation

A slim majority of eligible voters in Germany opposes legalizing recreational marijuana, according to a new poll.

The results come from a survey conducted in December by Infratest dimap – one of the leading polling agencies and research institutes in Germany – for the advocacy group Hanfverband.

The survey, along with a recent vote in Germany’s federal parliament, suggests any business opportunities from legalization in Germany might be further off than some executives predict. 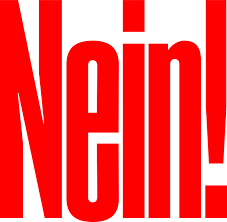