Next on his list, he says, are….regulators, media and attorneys

A lawsuit against Facebook owner Mark Zuckerberg for alleged complicity in a cannabis investment scam may proceed, a court in Sweden has ruled.

Swedish attorney Lars Olofsson was granted the right to move ahead with the case by a court in Luleå, Sweden, where Meta Platforms Inc.’s first data center outside of the United States was established in 2011.

The lawsuit is the first of several planned by Olofsson against regulators, media and attorneys he alleges facilitated a scam against investors, 800 of whom he is representing in class action litigation.

Olofsson said the quick decision by the court, handed down within 36 hours of the filing, is a “massive win” that will “send a message to the others we have in our legal path that we are proceeding ahead, full steam, with other cases in the meantime.”

The lawsuit arises out of a growing scandal in Europe over JuicyFields, a fintech company that offered “per plant” shares of cannabis crops. JuicyFields went public in April 2020, and imploded about six weeks after the German regulatory authority BaFin banned the selling of its shares to German investors this past June.

Scene of the crime

Meta servers in Luleå, located in the far north of Sweden just within the Arctic circle, “cover about a billion Facebook and Instagram users, which includes most of my clients,” Olofsson said. “The argument is that this is the place where the crime was committed. It is via these servers that my clients have been exposed to JuicyFields’ fraud.”

Olofsson said he has identified as many as 170 individuals, banks, companies and lawyers with connections to the massive cannabis fraud, which he claims bilked investors out of nearly $2.5 billion in the expanding international scandal based in Europe.

Observers say JuicyFields is a classic Ponzi scheme in which operators pay out high dividends to early investors with funds from those who invest later.

The suit against Zuckerberg, technically a private criminal prosecution, charges him, as Meta’s CEO, with being grossly negligent in failing to control who has used the company’s platforms. The suit also charges that his negligent behavior included the company violating its own terms of service – a crime under Sweden’s penal codes on fraud. Violation of such statutes carries a mandatory jail sentence of two to six years.

Olofsson said subsequent lawsuits will be filed both in Sweden and internationally. 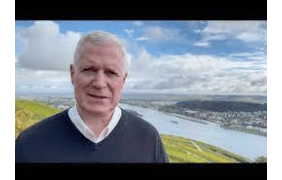