From the beginning of 2021, hemp will no longer be subject to Switzerland’s agricultural seed legislation.

In Switzerland, only quality- and identity-assured seeds from performance-tested plant varieties are made available for agricultural purposes for important crops. Testing required under the legislation includes a check to determine if a variety is homogeneous, stable and distinct from all others. Another test evaluates the cultivation potential and the processing aptitude.

Hemp was made subject to the legislation in 1998 – not because it was considered an important crop at that point, but in order to distinguish it from narcotic forms of cannabis. However, in 2011 a limit was put on hemp THC levels (<1%) – and this was sufficient to distinguish hemp from marijuana – meaning hemp’s inclusion under the seed legislation was really no longer required. But like many things cannabis related, reform tends to occur very slowly – as it did in this case.

“… all provisions concerning hemp contained in the EAER Seed and Seedling Ordinance (SR 916.151.1) were repealed as part of the package of amendments to agricultural ordinances adopted by the Federal Council on 11 November 2020,” states the Swiss Federal Office for Agriculture.

Bern, 17.12.2020 – From 1 January 2021, hemp will no longer be subject to agricultural seed legislation in Switzerland. The Federal Office for Agriculture is thus making it possible for seeds and seedlings to be produced and placed on the market for agricultural production of cannabidiol (CBD) hemp. The cultivation and use of narcotic hemp (cannabis) – regulated by narcotics legislation – is, however, generally prohibited.

Seed legislation ensures that, for the most important types of crops, only quality- and identity-assured seeds from performance-tested plant varieties are made available for agriculture. Over and above this goal, hemp was made subject to seed legislation in 1998 so that its industrial use as an oil and fibre plant could be demarcated from the prohibited narcotic cannabis. The introduction of a limit for the psychoactive cannabinoid THC (tetrahydrocannabinol), specified in the narcotics legislation in 2011, means that the prohibited substance cannabis can now be adequately demarcated. Industrial oil and fibre hemp and so-called CBD hemp are not covered by the narcotics legislation. The flowers of CBD hemp are used as a tobacco substitute or processed into other ready-to-use products. For the production of CBD, other varieties are used than for hemp oil and fibres. Under the existing seed legislation, however, these varieties cannot be granted authorisation. In addition, agricultural cultivation of cannabis, as defined in the narcotics legislation, is in future to be permitted for certain purposes. The Federal Office of Public Health is developing the necessary legal foundations for the medicinal use of cannabis and for scientific pilot studies on the use of cannabis for non-medicinal purposes. Here, due consideration will be given to the potential of the Swiss medicinal and aromatic plant sector. In order to facilitate the development of appropriate cultivation systems and plant propagation methods in agriculture, all provisions concerning hemp contained in the EAER Seed and Seedling Ordinance (SR 916.151.1) were repealed as part of the package of amendments to agricultural ordinances adopted by the Federal Council on 11 November 2020. 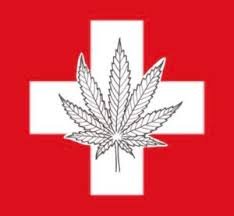