Sydney Criminal Lawyers: Australia: Where has all the legal medicinal cannabis gone?

“vulnerable people” at the mercy of exorbitant consultation fees and imported product prices, whilst trying to act in a law-abiding manner and avoid the black market.

A patient who uses medicinal cannabis to treat their ailments recently remarked in a social media forum that at present it’s taking their chemist at least two weeks from payment to fill their prescription for cannabis medicine.

“They wonder why people prefer illicit,” the patient wrote, adding that it only takes them about half an hour to “get sorted” with black market medicine, “as opposed to two to four weeks” via the pharmacy, which also involves having to undertake “doctor’s appointments and costs”.

The Medicinal Cannabis Users Association of Australia (MCUA) has this week called out the federal government’s medicinal cannabis framework that – after four years – continues to allow the medicine that many patients use as their primary treatment to simply run out for weeks at a time.

Indeed, the MCUA posits that despite the Therapeutic Goods Administration’s cannabis prescription approvals having picked up over recent years, there’s still a dearth of cannabis medicine available for local patients as the health minister has long made exports the nation’s priority.

“Improved prescription access has meant very little for most patients when many can’t afford the products,” said MCUA president Deb Lynch, who’s spent half a decade attempting to legally obtain the medicine for her condition, whilst also being raided in 2017 by police for growing her own.

By 31 December 2020, the TGA had approved 85,000 cannabis prescriptions, which marks a 102 percent rise since May last year. This increase has been coupled with a proliferation of clinics that specialise in cannabis prescribing, importation and distribution.

Cannabis clinics have overcome the issue of local GPs unversed in the use of cannabis being reluctant to prescribe it.

But it’s also left “vulnerable people” at the mercy of exorbitant consultation fees and imported product prices, whilst trying to act in a law-abiding manner and avoid the black market.

“In my own case, it cost me $400 before I got product,” Lynch said in relation to clinic consolation fees. “Then I was quoted $1,920 per month for what I needed to equal what I used from home growing to keep my condition and pain under control.”

Although, Lynch reports that when she finally appeared in court over cannabis possession and production earlier this year, she was fined $1,000, which was “cheap by comparison”. In February 2016, the Turnbull government passed laws establishing a framework for the legal cultivation, production and supply of medicinal cannabis in this country. But since that came into play in October that year, the scheme has been a series of disappointments for patients in need.

From the outset, the lack of local supply was obvious, so in February 2017, federal health minister Greg Hunt launched a fast tracked importation scheme to tide patients over, which has resulted in ridiculously high priced products being available for the few who are able to secure and afford them.

The Office of Drug Control has so far issued 35 local cannabis licences. And Australian produced product has been around since August 2018 – the time of the Liberal leadership spill – however patients on the ground don’t report having been able to acquire any.

In January 2018, minister Hunt announced that he was going to open up locally produced cannabis medicines to export, which he maintained wouldn’t affect supply for Australians.

Although Lynch points to this as the likely reason why there’s a shortage of both local and imported products today.

“It seems to us that most of the product grown here is being exported, which is contributing to the lack of supply,” she told Sydney Criminal Lawyers. “Germany seems to be the popular destination as they have an insatiable demand because they can distribute to the whole EU.”

Another major gripe is that when patients are finding their prescribed cannabis medicine is out of stock, there’s no provision for replacement medicines. Instead, a patient must seek out another script for a different brand of cannabis medicine and pay a new consultation fee.

“Under the current system, it will be a cold day in hell before we see products on the Pharmaceutical Benefits Scheme,” Lynch continued, adding that a similar system to the US dispensary model could work well for patients over here.

In the States, registered dispensaries are supplied by local licenced growers at affordable prices. These whole plant products are then quality control tested by the dispensaries, and the government makes a profit via licensing fees.

“Until the government ends the war on cannabis users and makes moves to create a small-scale supply industry and sanctions homegrow, nothing will change,” Lynch concluded. “And supply for medical use will remain erratic, expensive and unreliable.” 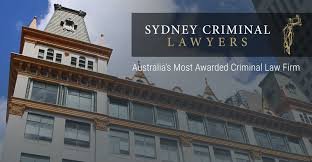