Synergetic Press and the Multidisciplinary Association for Psychedelic Science (MAPS) are pleased to announce they have entered into a copublishing relationship effective May 1, 2021 which will greatly expand the availability of education about psychedelics and psychedelic therapy.

Since MAPS began their mission to open pathways for legal, cultural, and medical contexts for people to benefit from psychedelics in 1986, they have published many pioneers in the psychedelic movement including Stanislav Grof, Albert Hofmann, Myron Stolaroff, Claudio Naranjo, Torsten Passie, Beatriz Cauiby Labate, Phil Wolfson, and Annie Oak. As with MAPS, Synergetic Press has been a leading publisher of cutting-edge books in the field of psychedelics and consciousness. The collaboration rests in the mutually held value to make these authors’ knowledge more accessible to a broader world-market. This newly formed alliance, along with Synergetic Press’ other copublishing partner, Transform Press, places Synergetic Press as the leading publisher in the field of psychedelics.

“Now that the psychedelic renaissance has overcome political and financial obstacles to research, public education is the most important need,” says Rick Doblin, Ph.D., founder and executive director of MAPS. “MAPS is delighted to partner with Synergetic Press to expand the reach of our publications so that people all over the world will be better prepared as psychedelics move into the mainstream.”

“I have watched Rick Doblin over the past thirty-fiveyears take on what seemed impossible, that is, to change people’s minds about psychedelics and pave a path to decriminalization, regulation, and medical research,” shared Deborah Parrish Snyder, Publisher and CEO at Synergetic Press. “Today, he and his team have succeeded at getting very far down that road. The MAPS imprint has curated the leading voices of the industry, funding and publishing pioneering work in the field. We are proud to bring the groundbreaking books from MAPS into our ever-expanding catalog.”

With this agreement, the MAPS backlist and new titles will be distributed to the trade through Synergetic Press and their distributor, Publishers Group West, part of Ingram Publisher Services. (www.pgw.com)

For over 35 years as an independent publisher, our mission has been to promote mindful discussion of humankind’s present and future lives. We have published unique and paradigm-shifting ideas in subjects such as ecology, sustainability, psychedelics, consciousness, and cultural anthropology that inspire both individual and social change.

Founded in 1986, MAPS is a 501(c)(3) non-profit research and educational organization that develops medical, legal, and cultural contexts for people to benefit from the careful uses of psychedelics and marijuana. MAPS is sponsoring the most advanced psychedelic therapy research in the world: Phase 3 clinical trials of MDMA-assisted therapy for PTSD. Since its founding, MAPS has raised over $100 million for psychedelic therapy and medical marijuana research and education and has earned the Guidestar Platinum Seal of Transparency. 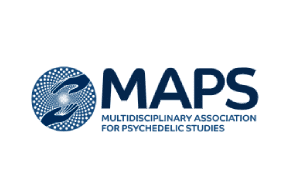