Tax Foundation Article: New Jersey May Be the First State Without an Excise Tax Levy on Recreational Marijuana

Question 1 was, unlike the other measures passed by voters, not very detailed, intentionally leaving many details of legalization up to the legislature. For instance, the measure did not impose excise taxes on sales of recreational marijuana. Instead, it stipulated that the general sales tax would apply and granted a local option of up to 2 percent of value.

Both S21 and A21 have passed their first committee votes (Senate Judiciary Committee and Assembly Oversight, Reform and Federal Relations Committee).

If S21 becomes law, New Jersey would be the first state to legalize recreational marijuana and not impose taxes above and beyond the general sales tax.

The 14 other states that have legal marijuana all levy taxes in addition to or in lieu of the general sales tax. Furthermore, except for Alaska, all states levy a price-based excise tax at the retail level. While these price-based excise taxes may look like general sales taxes, there are important differences. Excise taxes target specific transactions due to some unique characteristic (often negative externalities), and general sales taxes fall on most consumer transactions. Only two states which levy a general statewide sales (Colorado and Maine) tax exempt recreational marijuana. 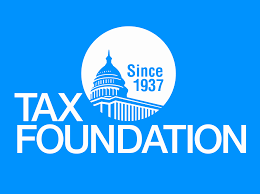