Tax season is nearly upon us. As cannabis businesses and the professionals who advise them can expect, navigating the variations and even direct conflicts that exist between and among the state and federal authorities that govern a cannabis business’s respective tax filings can be treacherous. These complex interactions of state and federal law are highly unsettled and frequently litigated areas of law.

An interesting interaction of state and federal tax law played out in the courts this week, resulting in a nice tax victory for cannabis growers Ginger and Stephen Lessey of Oak Ponds Farm (Farm) in Stephen Lessey and Ginger Lessey v. Department of Revenue, State of Oregon, Or. T.C., No. TC-MD 210265G, 11/29/22] (Lessey). At its essence, the Lessey case involves the general question of whether a state-licensed marijuana taxpayer is entitled to deductions for the business expenses it claims.

There is nothing particularly novel in the case. However, it serves as a good reminder for taxpayers in the cannabis business to properly classify expenses as either cost of goods sold or general administrative deductions and to properly substantiate all expenses.

Many marijuana businesses may find the burden of documenting and maintaining records overwhelming. However, as the Lessey case illustrates, proper handling and submission of tax information may make or break a business’ profitability. Well-advised cannabis businesses are also wise to keep abreast of decisions such as Lessey being handed down by courts, and glean insights from them to not only comply with, but also to operate strategically around, the hurdles and liabilities created by state and federal tax codes.

In 2016, Oregon codified an authorization for certain marijuana businesses to reduce their Oregon income by the amount of any federal deductions to which they would have been entitled but for Internal Revenue Code (IRC) section 280E (280E). 2016 Or Laws ch 91, § 9 (effective June 2, 2016).

The Lesseys, unfortunately, made the common mistake of lumping all of the expenses they sought to exclude from the Farm’s gross receipts in their 2016 taxable year into the “COGs” category totaling $57,654. The reason for this likely was to deduct these expenses for federal income tax purposes because federal law does allow cannabis businesses to deduct the cost of goods sold from gross income. However, following an audit, the Oregon Tax Department disallowed $26,467 of the Farm’s deductions that it thought were not business related or for which the taxpayer did not provide sufficient substantiation. The Lesseys subsequently sought relief in the Oregon Tax Court (court), seeking to have the disallowed expenses either excluded or subtracted from their taxable income. The Oregon Tax Department asked the court to uphold its adjustments, disallowing the nearly $27,000 of deductions claimed by the Lesseys.

Nearly six years after the 2016 taxable year under audit, the court recently entered a ruling earlier this week which examined the various claimed expenses and determining which ones should be classified as cost of goods sold and which should be classified as general administrative business deductions, or, in some cases, personal expenses. For the expenses it classified as not being COGs expenses, the court then examined whether and to what extent the taxpayers were entitled to a deduction. The following break-down of the disputed deductions and the court’s analysis of each item claimed provides excellent legal, compliance, and operational framework for all cannabis businesses:

The Lesseys sought a deduction under IRC § 179 for $1,200 – the expense of installing two large air conditioning units, and accompanying duct work, to remove excess heat generated by grow lights. The court found the air conditioning units were capital improvements to the farm building rather than production costs, and thus not properly characterized as COGS. The court also found the Lesseys were not entitled to the expense deduction under IRC § 179(a) because theirs units are fixtures rather than window boxes, and are thus not allowable deductions under IRC § 179(d)(1) because they are not “personal” IRC § 1245 property. Even if the Lesseys were eligible for the deduction, the IRC § 179 deduction would only be available if the Lesseys had elected it on their federal return, which they did not.1 However, the court did accept the Tax Department’s $476 depreciation deduction for the units, based on straight-line depreciation, consistent with the basis adjustment for an item for which no depreciation deduction had been taken. See Treas Reg § 1.1016–3(a)(2).

IRC § 162(a) establishes a deduction for “all the ordinary and necessary expenses paid or incurred during the taxable year in carrying on any trade or business[.]” The Lesseys attempted to claim a deduction for the expense of five cellular telephone lines included on an AT&T family plan. The Lesseys testified that they had a separate plan with Verizon for their personal phones, but acknowledged that the Verizon phones did not have coverage at the farm. The taxpayers claimed the AT&T phones were not assigned to any person, but were available for the use of whoever visited the farm and were necessary to comply with state marijuana licensing requirements addressing emergencies and the availability of panic buttons. The court denied all of these subtractions, finding the expenses undocumented and unsubstantiated. The taxpayers had provided only three months of records for 2016, and those statements showed hundreds of minutes and hundreds of text messages from all five lines, which the court found established “a regular pattern of voice calls and text messaging that does not fit with a business purpose of emergency use.”

Similarly, the court found the Lesseys failed to establish the business purpose of their home internet service; the expenses were again undocumented and unsubstantiated. With respect to lack of documentation, the taxpayers provided only two pages of an Xfinity bill for a single month. Mr. Lessey testified he had provided “original bills or copies” of all their claimed internet expenses at the audit meeting with the Oregon Tax Department, but that Defendant had failed to return the remaining documents. The court found it “unfortunate” that this had occurred, and that the Lesseys failed to retain copies of the original bills, but that it was not clear that those documents would establish the business purpose of their home internet service even if the bills were available. The court found it understandable that the Lesseys would have looked up information related to their business at home, but that no records in evidence would distinguish the business and personal uses of the internet service.

The Lesseys testified they rented an office for $200 per month with a $200 damage deposit. Checks show the Farm paid $400 at the end of June, and $200 at the end of each remaining month of 2016. The office was rented because “a marijuana-growing business is at a high risk of being targeted by thieves and that the Secretary of State recommends not using a home address in a marijuana business registration.” Mr. Lessey also testified that Mrs. Lessey visited the office daily to pick up the keys to the farm, call suppliers, and do paperwork. The court ruled against the Oregon Tax Department, and allowed a $1,400 subtraction for the office rental finding it “more likely than not that the office was rented to support Plaintiffs’ marijuana-growing business” given the commercial lease and Mr. Lessey’s testimony. The remaining $200, for which the court disallowed any subtraction, was characterized by the Court as a damage deposit rather than an expense.

For the 2016 taxable year, half the expenses incurred for business meals could be deducted, provided that every element of the expenditure was substantiated “by adequate records or by sufficient evidence corroborating the taxpayer’s own statement.” IRC §§ 274(d); 274(n); 162(a). The records or corroborating evidence must show the cost, time, place, and business purpose of the meal, as well as the taxpayer’s business relationship to the persons being entertained. IRC § 274(d).

In this case, Mr. Lessey testified that the meals documented across receipts for food and drink from more than a dozen “restaurants, breweries, and pubs” were expenses associated with mentoring on growing marijuana, made necessary by the lack of formal educational options in the industry, and the danger of cross contamination if other industry members involved in handling marijuana visited the farm without showering and changing clothes. The court found that only two of the receipts produced satisfied the substantiation requirements of IRC § 274(d): one receipt was for $34; written on the back was “Scott & Lori / How to best monge [sic] / Flower room temp & times.” The other receipt was for $20.98; written on the back was “Scott & Lori / Set goals for today / Flower room temps / Veg room temps / Flower room times.” No evidence demonstrated the business purposes of the other meals. Thus, the Lesseys were allowed a deduction of $27.49 for their meal expenses, an amount equal to 50% of the expenses shown on the two relevant receipts.

The Lesseys reported that Mrs. Lessey or her son drove to the farm every day, and claimed nearly 18,000 miles on their 2016 return. They testified that in the second half of the year, every trip to the farm began with a stop at the leased office. Their evidence consisted of two logs: one kept contemporaneously including actual odometer readings, and a supplemental log largely supported by purchase receipts (not challenged by the Tax Department) and information produced with the assistance of the internet-based mapping service MapQuest. The court, however, found some of the Lesseys’ mileage recorded in the logs nondeductible. The largest nondeductible amount included the last leg of each trip recorded in the log from the farm to the Lesseys’ home. Commuting home from work is a nondeductible expense. See Fausner, 413 US at 838 (“Congress has determined that all taxpayers shall bear the expense of commuting to and from work without receiving a deduction for that expense”). Thus, 28 miles of the 56 or 57-mile round trip was removed from the Lesseys’ claimed mileage for each instance where no business stop is recorded on the trip home from the farm. Further, the court disallowed additional deductions for mileage the Lesseys incurred in certain merchant visits with respect to which their receipts did not provide the business purpose, a legible date or address, or the location of a stop resulting in claimed mileage beyond the round trip to the farm. This is because the business use of a vehicle on a reported leg of a trip must be adequately substantiated for an adjustment to the allowed miles to be made. See IRC § 274(d).

All told, the Court found the Lessey’s mileage logs and receipts substantiate business use of their vehicles amounting to 7,742 miles.

After years of audits, investigations, and litigation, the Lesseys’ 2016 taxable income was reduced by $1,903.49 for air conditioner depreciation, office rent, and meals, and Plaintiffs were allowed a subtraction for car and truck expenses based on 7,742 business miles driven.

Such tax implications are not only substantial, but also often neglected by marijuana businesses – businesses which could be operating far more profitably, or profitably, at all. A marijuana business that fails to consider and structure its business in ways that comply with not only the tax liabilities, but also operational hurdles, created by 280E and its interaction with state law can easily succumb to these pitfalls that litter this legal landscape. This could force the sale of its most valuable assets (e.g. their license or real estate) in order to satisfy its outstanding tax debts or outright closing the business if it cannot meet its financial burdens, suddenly seeking the remedy of receivership (think: bankruptcy for marijuana businesses). Olive v. Commissioner, 792 F.3d 1146 (9th Cir. 2015).

In even a best-case scenario, like the Lessey case, marijuana businesses that receive a challenge from a state or federal authority regarding their tax obligations may be required to retain counsel and engage in lengthy and detailed investigations and litigation in defense of the operations of, and financial decision-making regarding, their business. 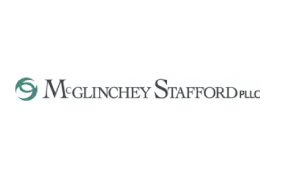