Sen. Janice Bowling plans to introduce the legislation when the state legislature re-convenes in January.

Bowling, who has backed legislation to legalize medical cannabis in the state for years, plans to introduce the new bill when the state legislature re-convenes in January, the news outlet reported.

Qualifying conditions would include cancer, glaucoma and PTSD, according to WREG, and Bowling told the news outlet that she hopes the recent legalization of medical cannabis in nearby Mississippi will generate more support for the bill.

“We’re up to 43 states that have legalized it and many of the states around us have legalized it,” Bowling told WREG. “We are being foolish in the worst sense of the word—just incredibly foolish and incredibly lacking in responsiveness to what is now readily available for people to know that this is a safe medicine solution.” 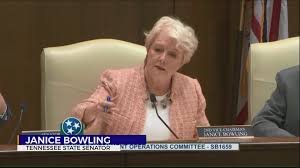