Thank heavens for Terry Gilliam we thought we were consigned to re-hashing  dull press releases about over subscribed psychedelic medicine raises all afternoon, yawn……

The now-octogenarian’s one wish for a very happy pandemic birthday? A dose of psilocybin mushrooms.

It seems hard to believe Terry Gilliam has rarely done drugs. Especially given his filmography of tripped-out movies, such as “Brazil,” “Fear and Loathing in Las Vegas, “Monty Python and the Holy Grail,” “12 Monkeys,” and “The Imaginarium of Doctor Parnassus.” But eccentric filmmaker Gilliam, as revealed in a recent interview with La Repubblica (via The Playlist), doesn’t actually have a great deal of drug experience. And for his 80th birthday, which happens to be today, November 22, 2020, the “12 Monkeys” director said he was hoping to change that. 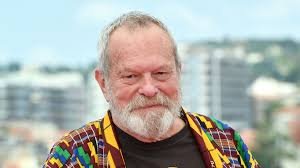 “For my stupid birthday I asked for only one thing: magic mushrooms,” Gilliam said of his one birthday wish, now pretty much impossible due to the pandemic. “I’ve never tried them. The idea was to load my whole family on a plane and go celebrate in the house we have in Umbria. At the moment we can’t, but I could fly all the way to Italy.” Gilliam also added that he would take a private plane “with the help of mushrooms.”