AUSTIN (KXAN) — A consultant for Texas Agriculture Commissioner Sid Miller is accused of stealing $55,000 from people who thought the consultant would help them get hemp licenses, according to an arrest affidavit. 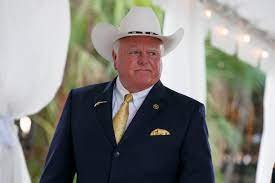 Todd Malcom Smith, 59, faces a theft charge and bonded out of jail as of Friday. He does not have an attorney listed in online court records but KXAN will reach out for comment when he does and will update this story.

An affidavit said witnesses from two different businesses came forward saying they paid Smith during the time the rules were being developed, under the impression it would go toward a survey of Texans about hemp. At least one person said they were told the survey was required to get a license

Multiple people said they never saw the survey, according to the affidavit. In both business cases, witnesses said they reached out to get their money back.

In one case, someone interested in getting involved in the hemp industry said he had been told by a man working with Smith that there would only be a limited number of licenses and that he could pay “cash, with some of the money going toward campaign contributions, in order to receive a ‘guaranteed’ hemp license.”

There is no limit to the number of licenses available, according to a FAQ on the Texas Industrial Hemp Program website.

The affidavit concluded, “Todd Smith created by words and his conduct, a false impression of fact that affected the judgment of others in the transactions to obtain a hemp license and/or conduct a survey that was never attempted.”

The Texas Rangers are investigating this case on behalf of the Texas Department of Public Safety, and are working with the Travis County District Attorney’s Office. In a statement, DPS said the offices will “be keeping the community updated as more information becomes available.” 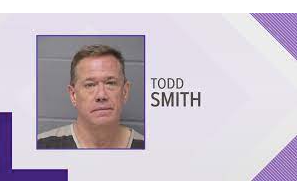