Cannabis was just legalized in Arizona, New Jersey, South Dakota and Arizona. Should Texas be next? Newly-elected lawmakers are trying. Over 500 bills have been filed in Texas, in effort. Thousands more will be filed by January, ahead of the next legislative session.

Meanwhile, Gutierrez’s bill allows possession up to 2.5 ounces on one’s person anytime and would allow up to 12 plants per home home. 21+ would be allowed to purchase from newly licensed retail businesses that in his bill, would sell marijuana and products containing THC, the main intoxicating substance in cannabis. 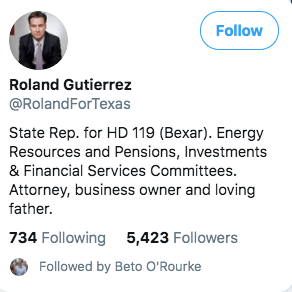 Texas will be facing tremendous budgetary challenges next session. My bill would create 30,000 new jobs for our state and produce $3.2 billion in new revenue WITHOUT raising taxes on everyday Texans!

It’s time to join 38 other states and #LegalizeIt!https://t.co/eOVE9O62JE