The team clean-up effort was conducted in two phases (Dec. and Jan.) and removed approximately 3,120 pounds of trash, 1,500 feet of plastic irrigation piping, 24 ounces of pesticides as well as other forms of garbage that can be detrimental to the environment.

For the clean-up, OC Parks worked with a specialized hazmat contractor, Clean Harbors, to ensure the pesticide was removed and disposed of correctly. Through testing, the pesticide was confirmed to be carbofuran, a highly toxic and banned substance. Just a teaspoon can kill a 300-pound black bear.

“Protecting California’s natural resources takes commitment from federal, state, county and city entities. I commend all those that were involved in this effort to identify the black market grow, eradicate it and clean it up,” said David Bess, Deputy Director and Chief of the CDFW Law Enforcement Division. “Working together, we can protect the environment and help the permitted cannabis market thrive.”

During routine flights over Orange County with the National Guard’s Counter Drug Unit, CDFW spotted a black market marijuana grow. On Sept. 27, CDFW and Newport Beach Police Department conducted an eradication mission at the site. Attempts to apprehend the suspects were unsuccessful.

Officers eradicated 500 plants and confiscated 75 pounds of processed marijuana. The grow, when in full production, contained almost 1,500 plants. During the eradication, CDFW documented numerous environmental violations including streambed alterations, haphazard pesticides left on the property, trash within 150 feet of a waterway and a poached deer.

Between 2013 and 2018, CDFW has removed more than 2.4 million feet of irrigation pipe, 50 tons of fertilizer and 65 gallons of chemicals (many illegal in the U.S.) on black market grows. CDFW has also removed 709 dams and water diversions resulting in restoration of 800 million gallons of water back into local watersheds. 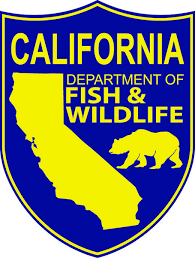