The Cat Is Out Of The Bag. ABC Australia Reports On Findings Of Senate Committee On Medical Cannabis. It’s What We All Already Knew 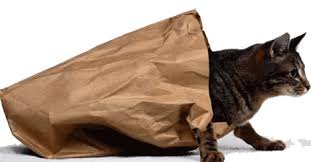 We mentioned yesterday that the Australian senate enquiry had issued its final report and added the  relevant documentation to our piece. If you don’t feel like making your own analysis we’d suggest that this piece via the ABC sums things up fairly succinctly , “‘Ignorant, confused or misinformed’: Senate Committee Inquiry recommends overhaul of medicinal cannabis system”

Patients are potentially missing out on medicinal cannabis treatment, or using the black market to obtain illegal supplies due to a lack of understanding of the treatment by doctors, a Senate inquiry has heard.

The inquiry has made 20 recommendations, ranging from online training programs for practitioners and a mandatory inclusion of medicinal cannabis modules in primary medical program curriculums, to allowing practitioners to more easily prescribe multiple products and ‘compassionate pricing’ for patients.

Lucy Haslam from United in Compassion says the recommendations give the Government a good starting point.

“We need the Government to acknowledge there’s a problem with access and to feel motivated to do something to help the patients that are badly affected,” she said.

“I really hope that they won’t keep ignoring this problem. We had to really fight to get this inquiry and that’s concerning in the first instance.

“The work’s been done now, a lot of people have made submissions, and I think it’s really important the government via the Therapeutic Goods Administration (TGA) listens to those recommendations.”

Medicinal cannabis in Australia is typically accessed through your doctor submitting an application on your behalf through the Special Access Scheme (SAS), with the scheme allowing doctors to supply a specific product for a specific patient.

Practitioners can also become ‘Authorised Prescribers’ for a particular product.

More than 19-thousand patients have been granted access to medicinal cannabis through the SAS and Authorised Prescriber pathways combined, but an estimated 100-thousand Australians are self-medicating through the black market.

The inquiry said health practitioners’ limited knowledge of the pathways available to prescribe medicinal cannabis was hindering access for many patients.

“There is evidence that many patients and doctors are ignorant, confused or misinformed about the process and regulatory framework supporting access to medicinal cannabis in Australia,” it said.

Cost was also highlighted as a significant concern for patients, both attempting to access medicinal cannabis, along with the cost of any medication.

“It is clear that the significant costs associated with accessing medicinal cannabis legally are causing a large number of Australians to purchase or grow illicit cannabis for self-medication,” the committee said.

Key to the issue of cost is the unavailability of medicinal cannabis through the Pharmaceutical Benefit Scheme (PBS), which gives patients subsidised medicine.

The committee recommended that, until products are subsidised through the PBS, the Federal Government investigate establishing a Commonwealth Compassionate Access Subsidy Scheme for medicinal cannabis and encourage states and territories to expand provisions of their own Compassionate Access Schemes.

Queensland man Kevin James has been using medicinal cannabis for his chronic back pain since 2018 and agrees cost and education are two of the biggest issues.

“The system as it currently stands is too expensive, we need more accessibility, we need to make it affordable and we need to educate doctors.

“We need to bring into institutions such as universities courses about how it actually helps your body and all these things doctors are unaware of and don’t get in their current training.”

The committee recommended a new independent regulator be considered if issues relating to patient access hadn’t been addressed a year from the report.

Greens health spokesperson, Dr Richard Di Natale helped establish the inquiry and said the committee had “taken a good look at the system, and we know it’s not working.”

“There are a range of changes the Government needs to make now, and if they don’t fix this mess, the system needs to be overhauled and an independent regulator put in place,” he said.

“Cost is a hugely prohibitive factor for many patients.

“It’s completely unacceptable that people can be out of pocket thousands of dollars for trying to access legal medicinal cannabis products through a regulated system when the black market is far cheaper.”

“People should never have to consider breaking the law to access the medical treatments they need, especially when the government claims they support patient access through the appropriate channels.”

Ms Haslam said cost needed to be addressed too.

“So they should have some appetite to do something to try and address that cost, which throughout the inquiry seemed to be one of the biggest, if not the biggest factor for patients.”

The committee also recommended states and territories review criminal legislation relating to an amnesty for possession and cultivation of cannabis for genuine self-medication purposes, along with drug driving laws.

“The committee is also concerned about the legal implications faced by people who use medicinal cannabis products and drive.”

“These people may be subject to serious legal penalties for the presence of THC in their system, even if there is no evidence of impairment at the time of driving.” 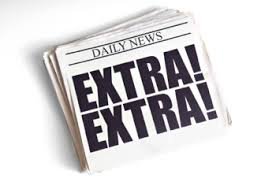 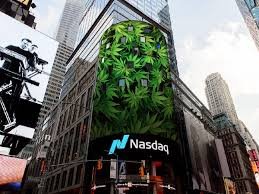 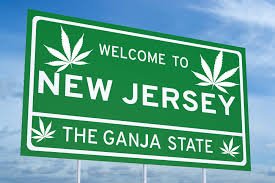