The Commonwealth of Virginia is looking for its first full-time, dedicated cannabis attorney.

Attorney General Mark R. Herring announced he is currently seeking applications for an attorney to serve as the Commonwealth of Virginia’s first full-time, dedicated cannabis attorney.

The attorney will serve as general counsel to the Virginia Cannabis Control Authority while also assisting other Virginia state agencies regarding regulations and laws regarding cannabis, according to a press release.

“By decriminalizing and now legalizing simple possession we’ve taken the most important and urgent steps to stop the harm caused by cannabis prohibition,” said Attorney General Herring. “Now comes the hard work of building a safe, stable regulatory system that protects public health and the environment and ensures a safe, fair, and equitable marketplace that encourages opportunity amongst the communities who have been most harmed by the War on Drugs approach of the past. I’m hiring a dedicated attorney to help guide the Commonwealth’s efforts because I am committed to getting this right, and to making sure that we keep Virginia at the forefront of national efforts to craft a more just, fair, and sensible system for dealing with cannabis.”

Required fields are indicated with an asterisk (*). 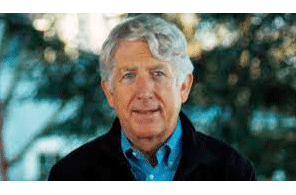