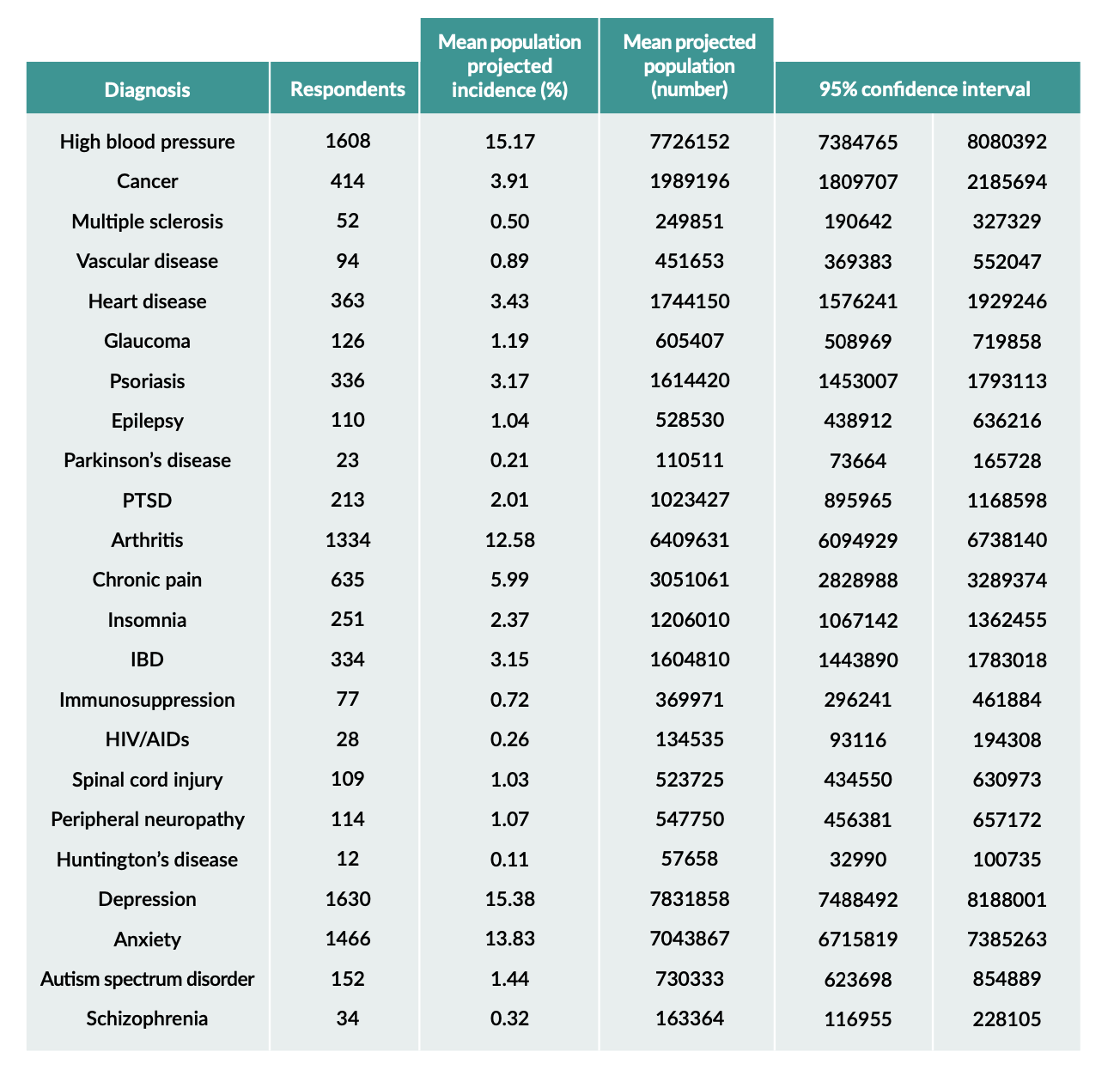 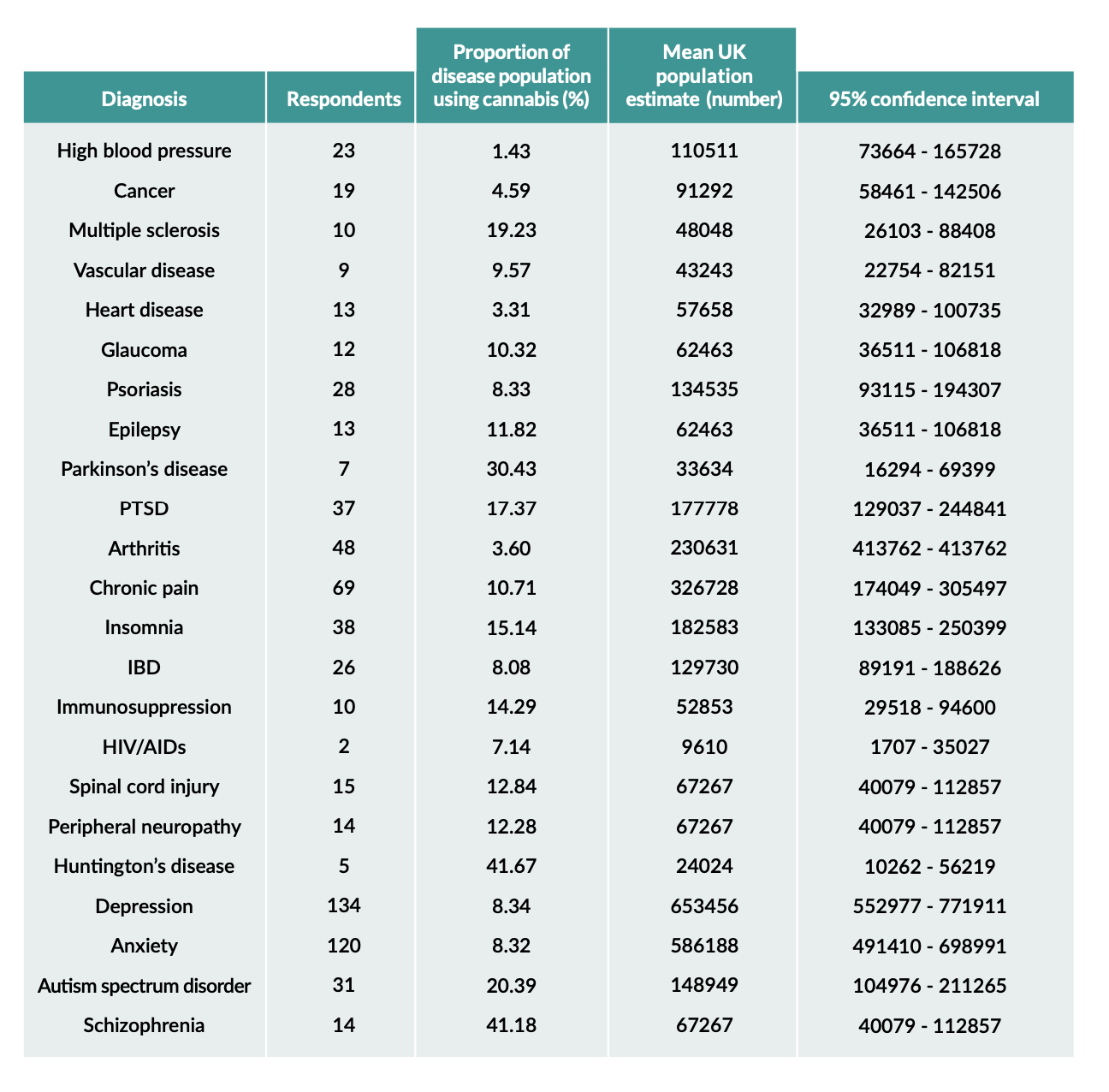 Table 2:  Number of respondents in a national survey with a medical diagnosis declaring use of cannabis to relieve symptoms or side effects from a prescribed treatment, expressed by overall medical cannabis use with projected prevalence of nationwide use per condition. (IBD = inflammatory bowel disease, PTSD= post-traumatic stress disorder). 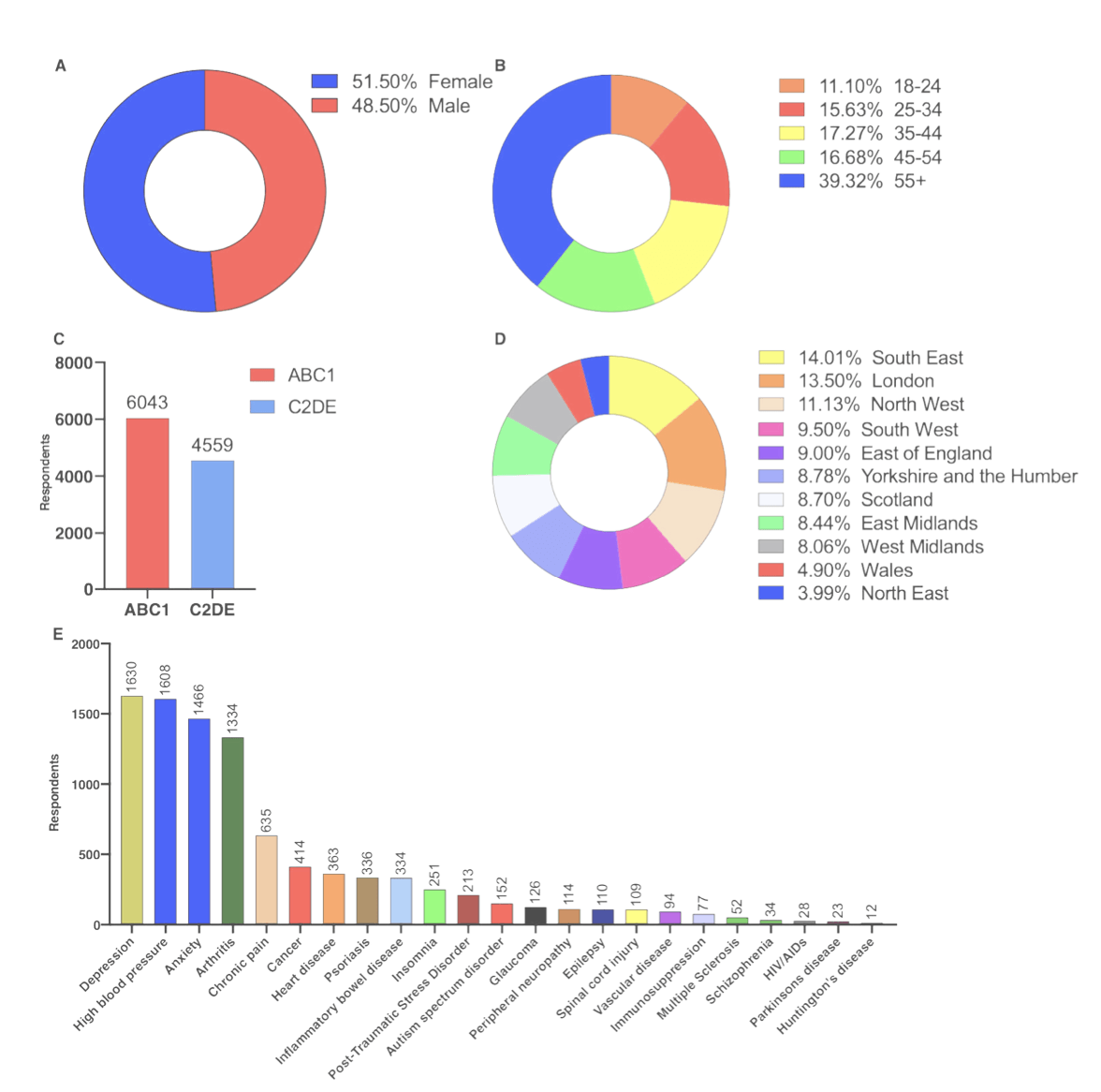 Figure 1: Demographics and medical diagnoses of 10,602 respondents to a national survey. Expressed by A: gender difference, B: age group, C: Social class, D: geographic distribution, and E: medical diagnosis. Figures are represented by count, unless specified. 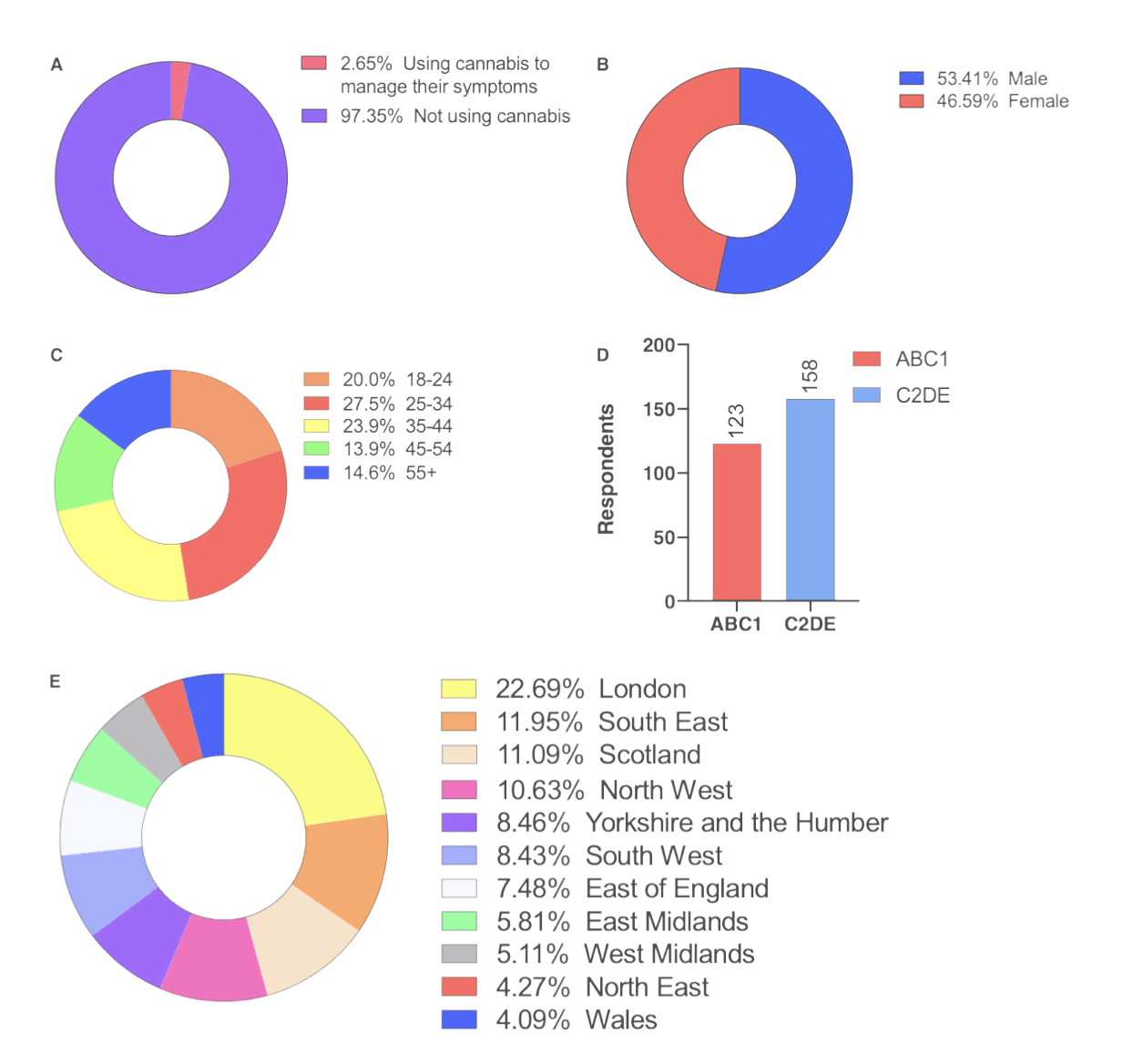 Figure 2: A: Respondents to a national survey with a medical diagnosis when questioned on the use of cannabis to relieve their symptoms. Demographic distributions of respondents to a national survey declaring use of cannabis for relief of symptoms of the diagnosed disease or side effects from medically prescribed treatment, expressed by B: gender, C: age group, D: social class, and E: geographic distribution. Figures are given by count unless specified. 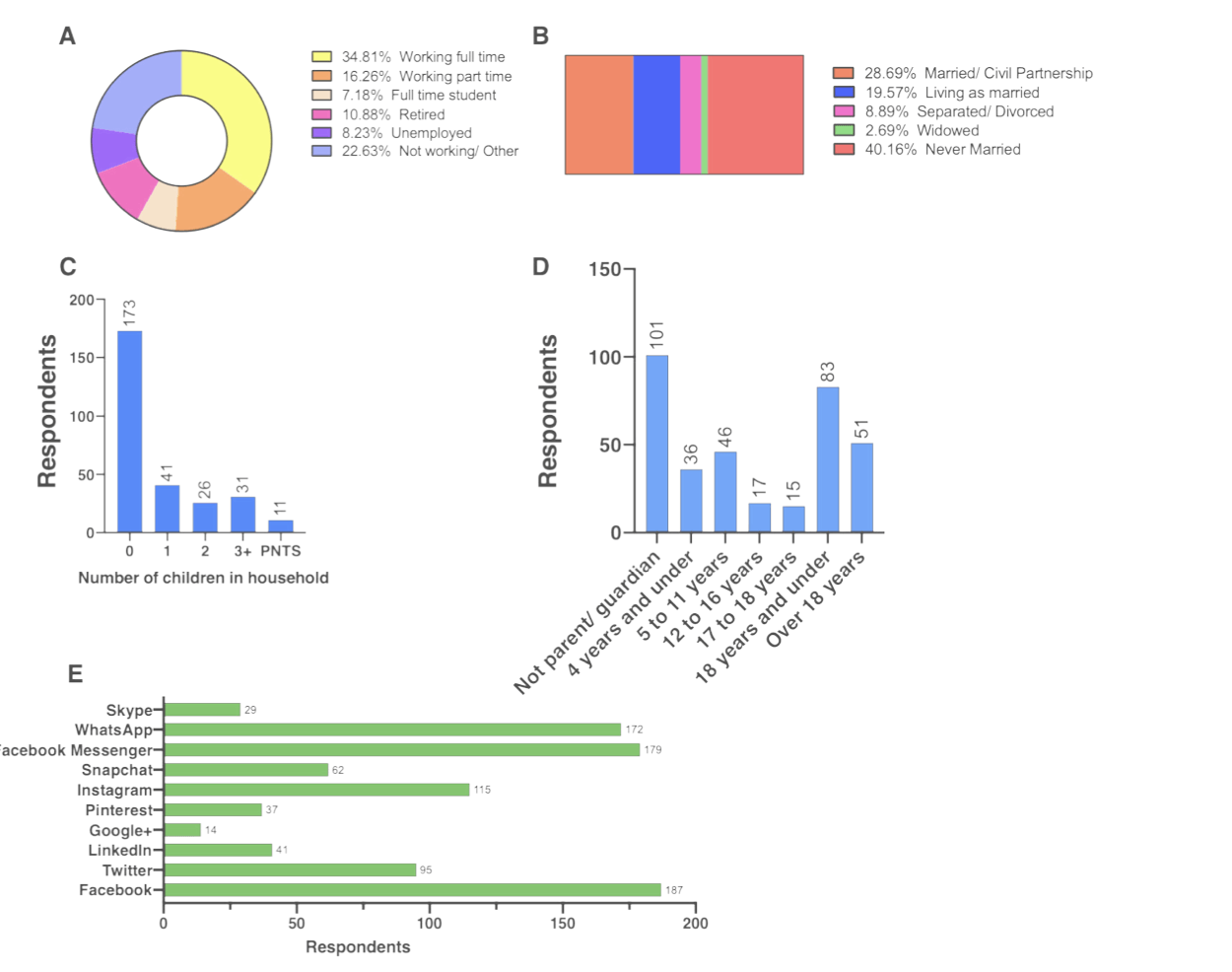 Figure 3: Demographic distributions of respondents to a national survey declaring use of cannabis for relief of symptoms of diagnosed disease or side effects from medically prescribed treatment for disease expressed by A: working status, B: marital status, C: number of children in household, D: parental status, and E: recent use of social media. Figures are given by count unless specified. PNTS = prefer not to say. 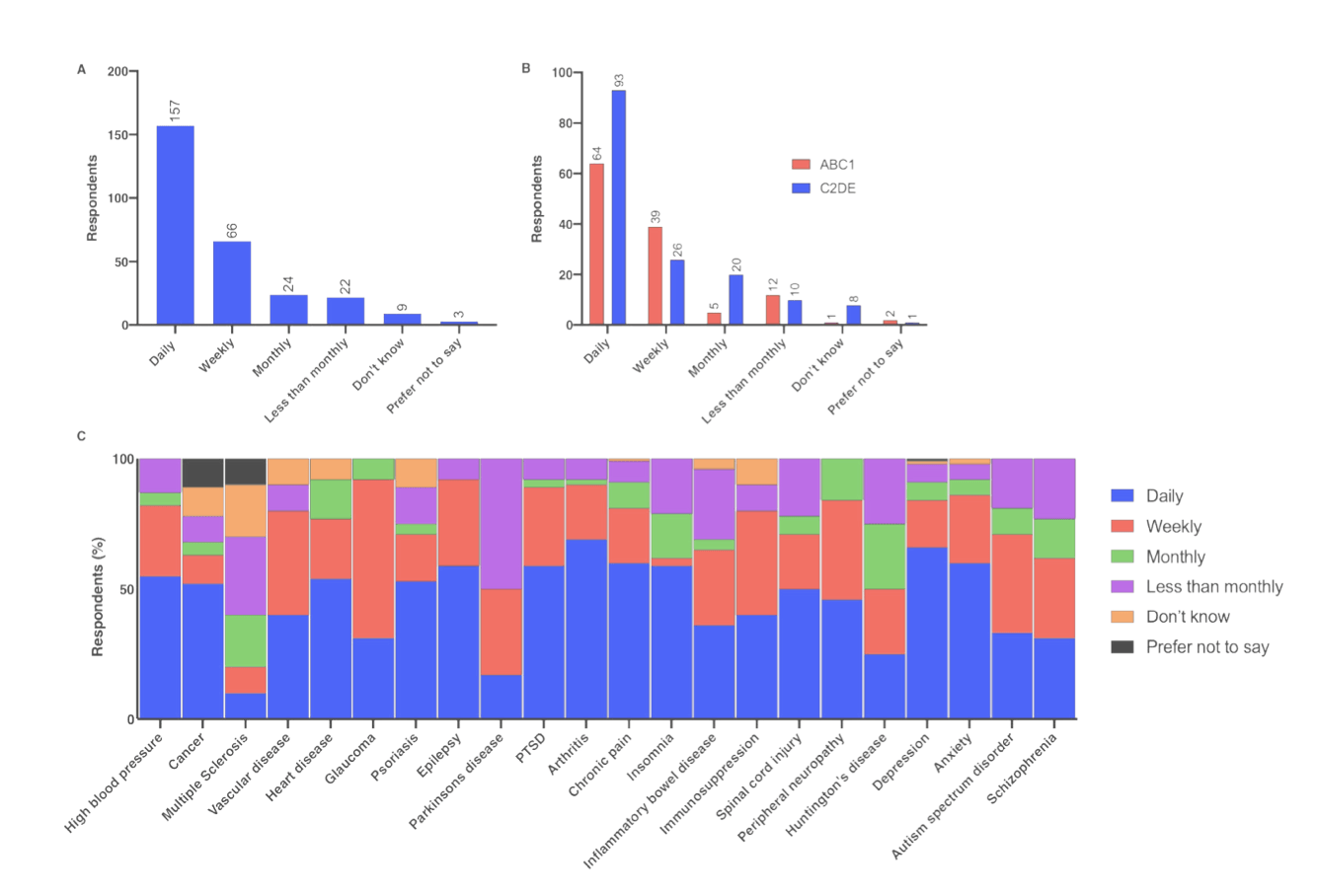 Figure 4: Frequency of use of cannabis for symptomatic relief or relief from side effects of medical treatment declared by respondents to a national survey, expressed as A: overall use, B: use distributed across social class, and C: use by medical condition. Figures are given by count unless otherwise specified. (PTSD = post-traumatic stress disorder). 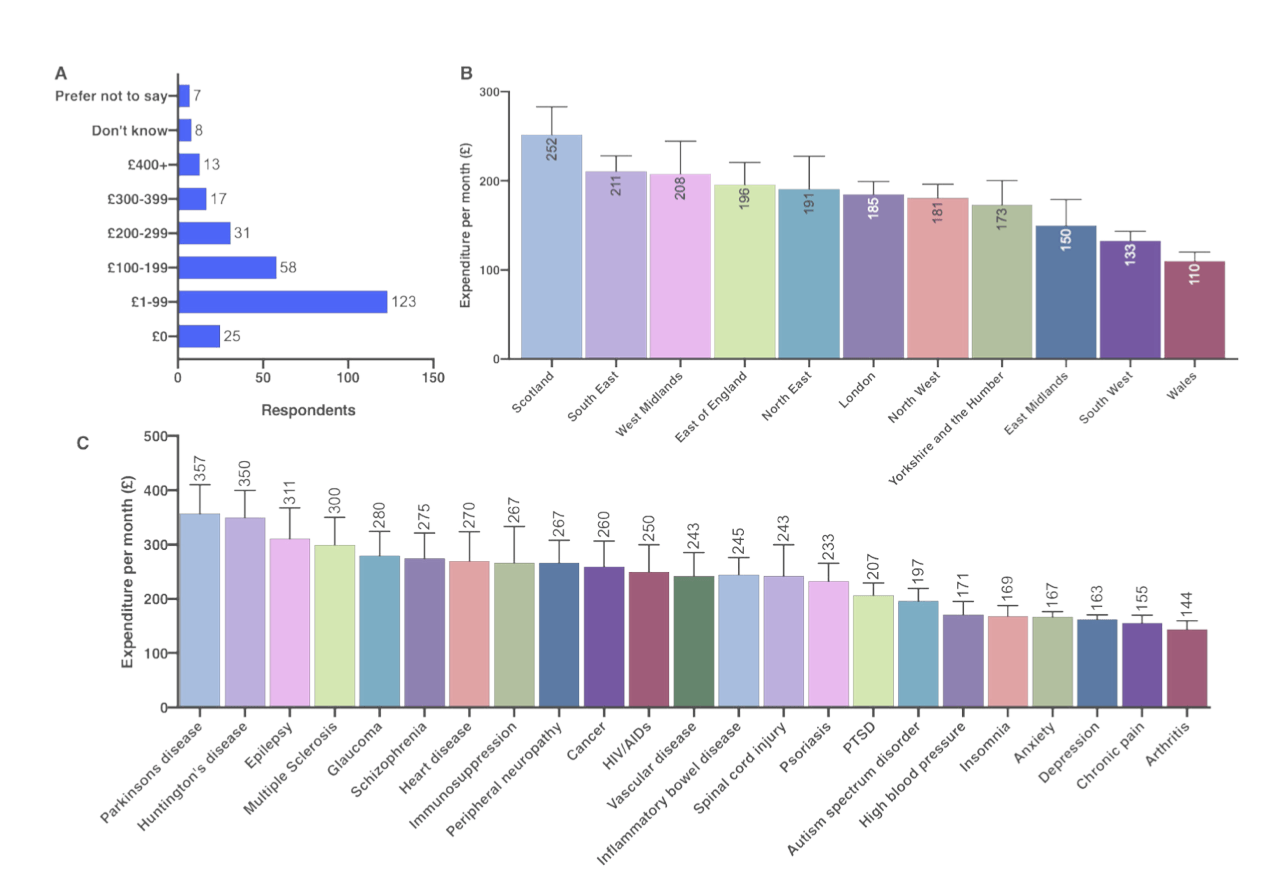 Figure 6: Responses from respondents to a national survey declaring cannabis use for a medically diagnosed disease or side effects of medically prescribed treatment when questioned on the act of acquiring cannabis for their condition, grouped by qualitative answer. Values are given by number of respondents. 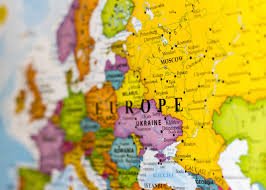 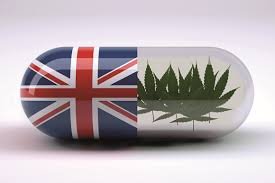 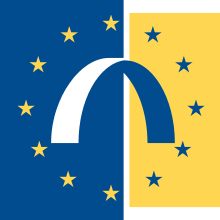 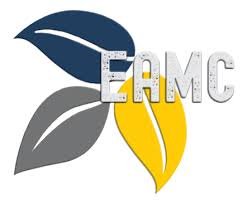