The Illinois Department of Revenue has collected more than $100 million in tax revenue connected to adult-use cannabis sales since legalized marijuana laws went into effect on Jan. 1.

According to an IDOR news release, the state took in $69.7 million through the Cannabis Regulation Fund, and $36.1 million from state and local sales taxes since Jan. 1, 2020.

“Thanks to those who have carefully overseen this brand-new industry’s successful launch in Illinois, revenue is flowing to local governments, to drug treatment programs and law enforcement, and being reinvested in our communities hit hardest by the failed policies of the past,” said IDOR Director David Harris.

Under the law, nearly 50% of revenues collected through the Cannabis Regulation Fund will be either reinvested through the Restore, Reinvest and Renew Program in communities that have been disproportionately impacted by the justice system or directed to address substance abuse and prevention, and mental health concerns.

IDOR also announced that of the $105.9 million collected, at least $16.1 million will be directed to county and local governments with more on the way.

Beginning July 1, counties and local governments could begin imposing an additional levy on adult-use cannabis sales occurring under their jurisdiction.

Once certified, IDOR will begin distributing this additional funding on a monthly basis to local governments; the first distribution, based on July sales, is expected to total nearly $3 million. 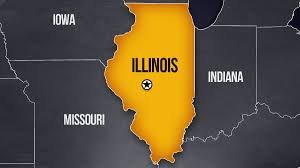