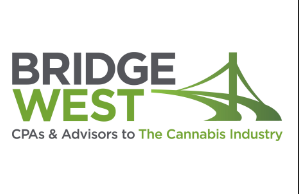 When it comes to Code Section 280E, the Internal Revenue Service (IRS) continues its unbeaten streak in U.S. Tax Court.  In the recent case, San Jose Wellness (SJW), a subsidiary of the well-known Harborside, a California retail dispensary, lost both of its arguments and was hit with a 20% penalty.  It is clear, yet again, that the Tax Courts do not want to hear the argument, “280E does not apply to legal cannabis businesses since we sell non-cannabis merchandise and services as well.” In the IRS’s opinion, it does not work in this case and others.

The charitable contribution argument resulted in the same outcome. SJW also contended that its charitable contributions were not paid “in carrying on” a trade or business, as required by Code Sec. 280E. The Court said, “it is well established that corporations are permitted to make substantial contributions which have the outward form of gifts where the activity being promoted by the so-called gift tends reasonably to promote the goodwill of the business of the contributing corporation.” Thus, SJW contributed the amounts “in carrying on” its trade or business.

The Court also disagreed that charitable contributions fall outside the purview of 280E.  It said that the concept has no relevance under Code Sec. 280E, which applies to “any amount paid or incurred… in carrying on any trade or business.”

After losing on both counts, the court upheld the negligence penalty. The Court noted that Code Sec. 280E “sweeps broadly to preclude a deduction for any amount paid or incurred and in each of the four marijuana dispensary cases that had been decided as of June 15, 2016: when SJW filed the tax return in question, “the Court had disallowed all of the taxpayer’s deductions.”

The IRS Wins Again… and Again